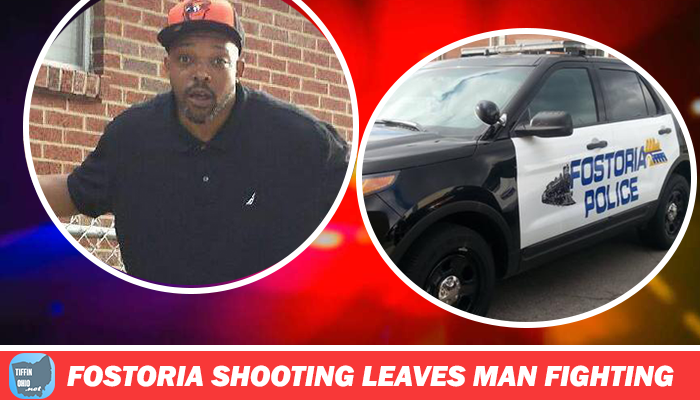 ShareTweet
CORRECTION: A previous version of this story inaccurately described McNeal’s condition. The story was quickly updated to correctly reflect this information.

FOSTORIA, OH (TiffinOhio.net News) — On Sunday, June 23 at approximately 8:56 am, the Fostoria Police Division received a 911 call advising of an altercation with shots fired…

At this time, it is believed that the shooting took place inside the vehicle driven by Amiko McNeal after an altercation between McNeal and another male subject at that location.

The other male subject involved suffered minor injuries from the altercation as well.

Information obtained during the investigation and witness statements indicate that Mr. McNeal traveled from Toledo to Fostoria just before being involved in the confrontation.

At this time, Fostoria Police has processed the scene with the assistance of the Ohio BCI Crime Scene Unit. Assistance was also provided by Seneca County Sheriff’s Office during the initial response.

There have been no charges filed as of this time as the investigation is continuing.

This is a developing story…

CORRECTION: A previous version of this story inaccurately described McNeal’s condition. The story was quickly updated to correctly reflect this information.
ShareTweet