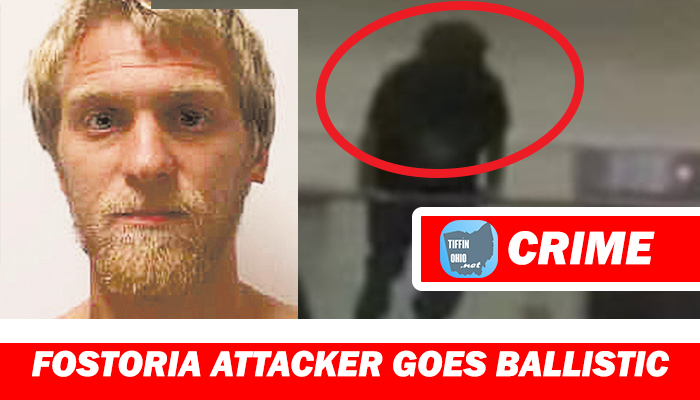 FOSTORIA, OH (TiffinOhio.net News) — Police say a man was arrested and charged with aggravated burglary after he allegedly “kicked in doors” and chased a man out of the second-story window of a residence on Columbus Ave.

According to a Fostoria PD report, Jeffrey L. Jones II, 22, of Fostoria, was charged with aggravated burglary, a felony of the first degree.

The police report states that Jones allegedly broke into a residence at 483 Columbus Ave., where he assaulted (or attempted to assault) at least two people.

When police arrived at the scene around 3:40 PM on Thursday, they learned that Jones had reportedly kicked in the front and side doors of the residence, chasing after one man in the home who he described as his “target,” all the way to a second-story window.

The man Jones was chasing reportedly jumped out of the second-story window and off the roof.