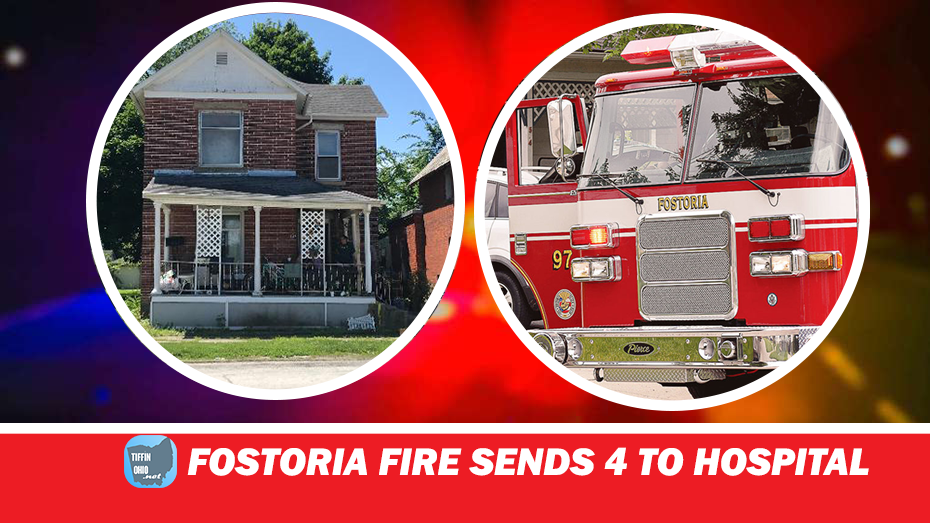 FOSTORIA, OH (TiffinOhio.net News) — The residents of a Fostoria home managed to escape a house fire but lost two puppies in the fire.

The Review-Times reports that firefighters were called to 147 E. Center Street around 12:59 a.m. Sunday. The six residents of the home safely got out of the home.

Medical crews took four of the residents to ProMedica Fostoria Community Hospital due to smoke inhalation.

Firefighters managed to quickly put out the fire. It was confined to an upstairs bedroom.

The cause of the fire hasn’t been determined yet but Fostoria Fire Chief Brian Herbert said they “can’t rule out reckless smoking”.

There were no working smoke detectors in the home, according to Herbert.

The Red Cross was called to assist the occupants. The loss estimate from damage is believed to be $20,000 for the property and $7,500 in contents, Herbert said.