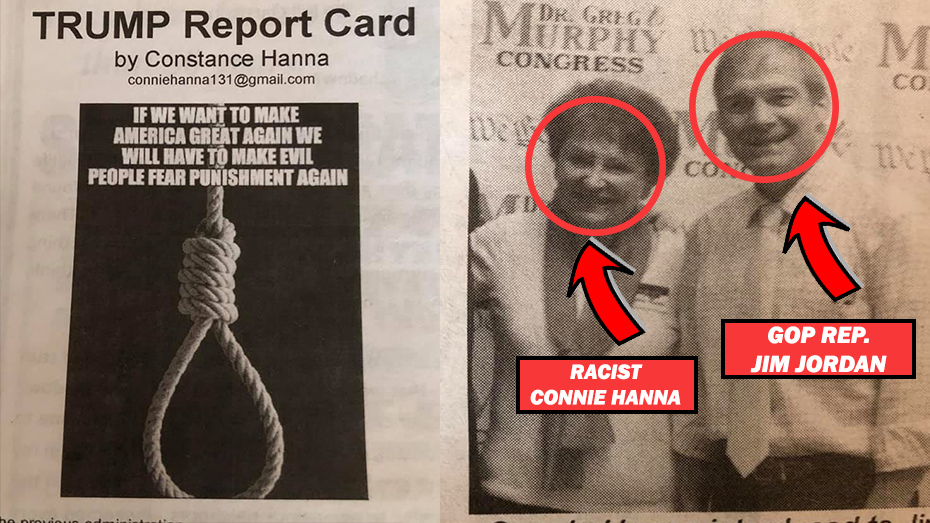 URBANA, OH (TiffinOhio.net News) — U.S. Rep. Jim Jordan (R-OH), the disgraced Trump lapdog and accused enabler of sexual abuse, is caught up in yet another scandal … This time involving his praise and support for a racist North Carolina woman. 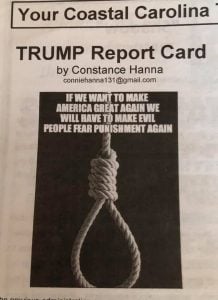 The “Trump Report Card,” authored by avowed Trump supporter Constance Hanna of North Carolina, featured an image of a noose in this week’s edition, with the caption: “If we want to make America great again, we will have to make evil people fear punishment again.” 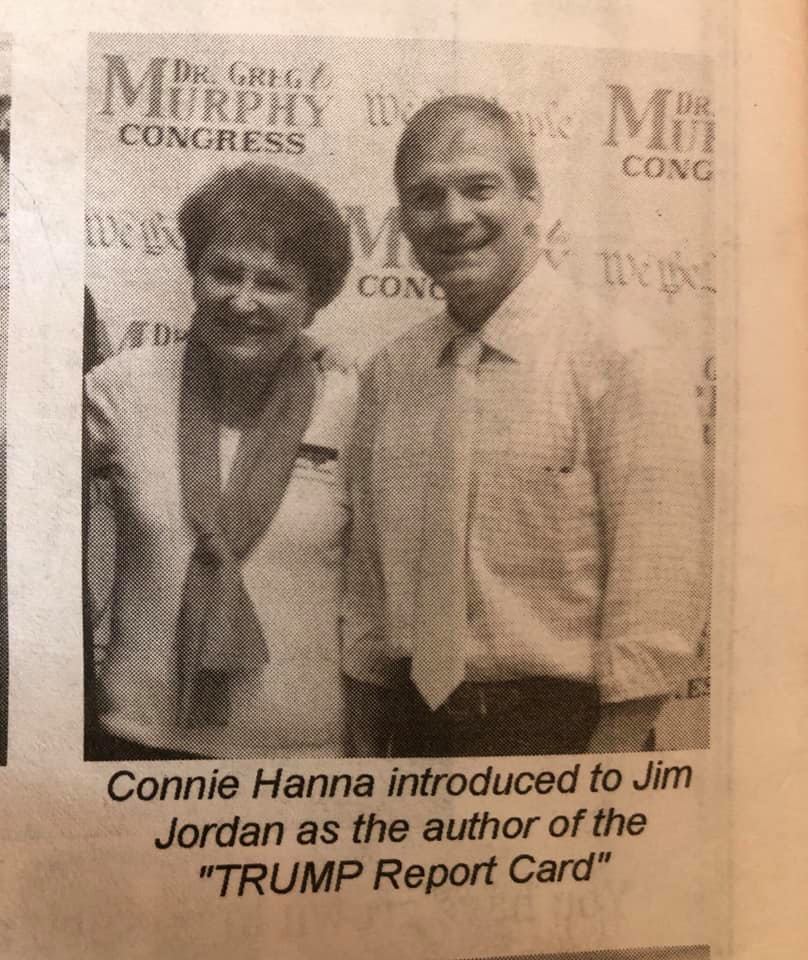 “A new low, even for Jim. He must denounce this woman and call her ‘Report Card’ what it is: racist hate speech,” The Jordan Watch, a group started by former congressional candidate Janet Garrett to act as a “watchdog” on Jordan, said.

Attempts to reach Jim Jordan’s office for comment were unsuccessful.