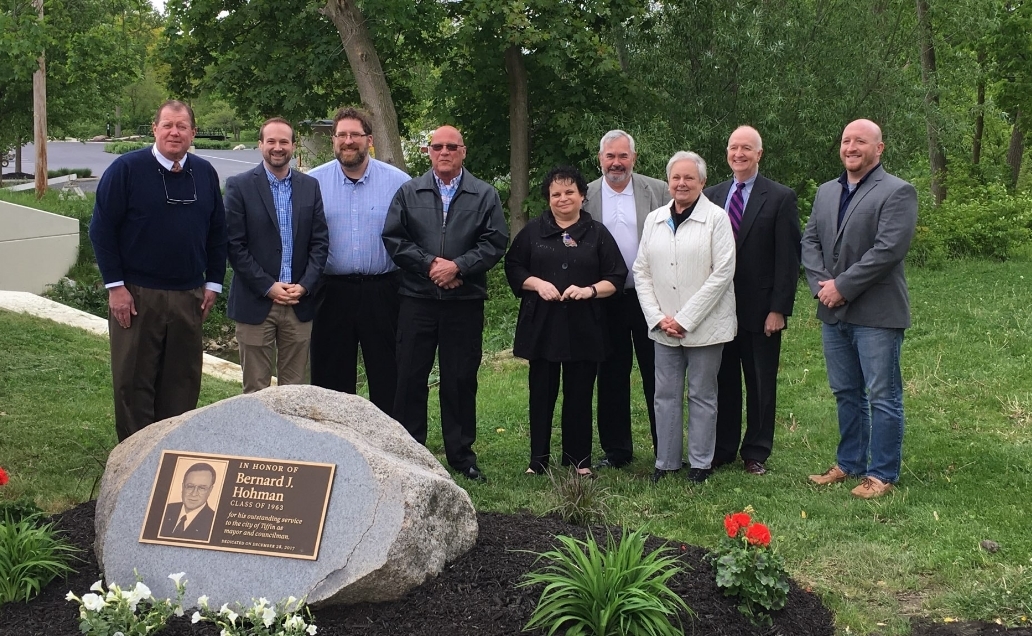 “Tonight we dedicated the plaque for the Bernard J. Hohman bridge in Tiffin. Mayor Hohman was known as a bridge builder through his actions in the mayor’s office as he believed in bringing people together to solve problems and to move the community forward,” Mayor Montz said.

“Hohman served City Government on City Council, The Planning Commission, and as Mayor for 43 years and is missed by many. The bridge, located on Rebecca Street, was completed last Summer due in part to a grant which paid for 80% of the cost of construction,” Montz continued.

The bridge, formerly the Rebecca Street Bridge, was dedicated Dec. 23, 2017, to honor Hohman for his 43 years of service to Tiffin. Hohman, who died at age 76 on March 30, 2018, served as mayor from January 1996 through December 2007. He also served as Fourth Ward councilman for more than 11 years and as council president for more than 10.

Hohman was a leader for many growth projects in the city, including negotiating cooperative development agreements with Seneca County, Clinton Township and Hopewell Township. Such agreements led to the annexation of many areas for residential, commercial and industrial development.

“Thank you for your service and dedication to Tiffin, Mayor Hohman,” Montz said.