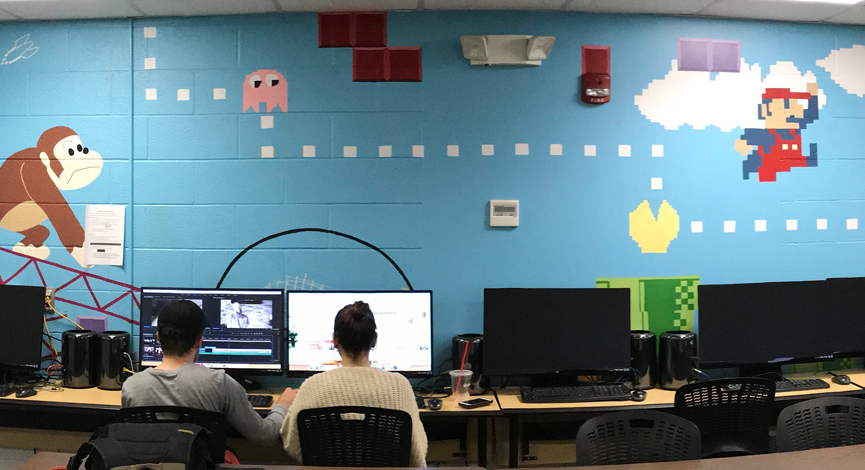 TIFFIN, OH — Heidelberg University is elevating Video Game Production from a minor to a major, beginning this fall.

According to the University’s website, based on the success and growth of the 2-year-old minor, along with market demand, the time was ideal.

“We have the technology here, so it really makes sense,” said Nathan Cutietta, director of the Media Communication Center.

Video game production is a fast-growing field in media, by some accounts surpassing TV and radio production. Knowing how to design, analyze, program and understand video games is important for anyone interested in the video game industry or any industry using interactive media, Nathan said.

Heidelberg will become one of a handful of small schools nationwide – and likely the only one in Ohio – to offer a Video Game Production major. “If you want the small school experience, we’re the only game in town,” Nathan said.

“This field tends to be very male-dominated,” Nathan said. “We want to make it a safe space for everyone.”

The addition of the “Video Games, Representation and Identity” course makes Heidelberg’s curriculum unique and appealing to a growing demographic of female gamers. Research indicates that the gaming industry has typically skewed male, but that demographic is changing, further indication that the time is right for the new major at Heidelberg.

The Video Game Production major will be interdisciplinary, with students choosing courses in five different areas (art, business, computer science, media studies or music). Each student also will create their own 2D and 3D video games for a professional portfolio. They’ll also complete a capstone project.

“All of the schools really came together to make this happen,” Nathan said. And the students will benefit most. “By partnering with other departments, students will gain the ability to merge multiple interests for a broader education that is aligned with the mission of the liberal arts.”

Students completing a Video Game Production degree at Heidelberg will be well prepared to enter a variety of fields in the video game industry. They’ll have a firm background in computer science with an added element – fun. “Gaming has to be fun, so our coursework has to incorporate that,” Nathan said.

Although the major is interdisciplinary, it will be housed within the Department of Communication & Media. Its physical home, the Media Communication Center, will be renovated this summer to accommodate additional students.