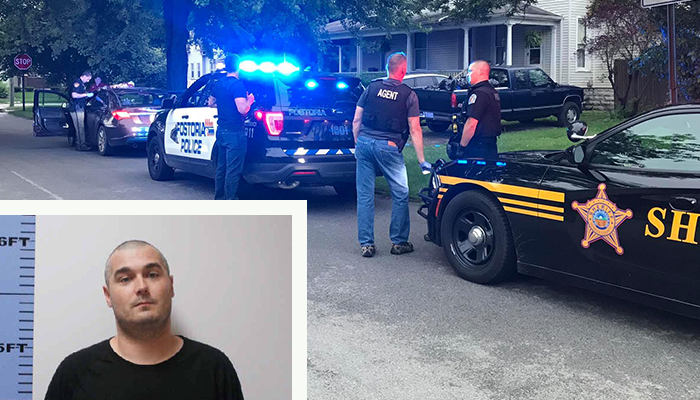 Immediately after conducting the undercover “sting” operation, a traffic stop was conducted on the suspect’s vehicle by Officers/Deputies from the Seneca County Sheriff’s Office and the Fostoria Police Department on Elm Avenue, Fostoria, Ohio. The drug operation unveiled suspected RX pills from the vehicle involved in the Task Force Operation. Arrested was Coty Richard J Snyder, 32 YOA, Columbus, Ohio, for Trafficking in RX, that being a Felony of the Third Degree.

Additional charges of Trafficking RX pills, Permitting Drug Abuse & Possession of Criminal Tools are all pending on Snyder & others upon the conclusion of the entire drug investigation & the return of the lab analysis of the substances involved in this investigation.

“The collaboration between the Task Force, the Ohio Attorney General’s Office & area Law Enforcement agencies was instrumental to the success of this operation. We are seeing the results from the efforts of our men & women in Law Enforcement who are continuing to remove these drugs off the streets & arrest those who bring their drugs from their streets to ours!”…… Sheriff William Eckelberry, Seneca County Sheriff’s Office, said.

“I am pleased to see the outcome of this evening’s arrest. Arrests like today, allows our Law Enforcement to send a strong message to the folks who come in to our area to poison our community that it just won’t be tolerated!”.……Chief Keith Loreno, Fostoria Police Department said.

“​I would like to encourage citizens to continue to report suspicious activity to their local agencies or the Seneca County Drug Task Force – METRICH Enforcement Unit Crime Hotline at (Local #443-0463).”