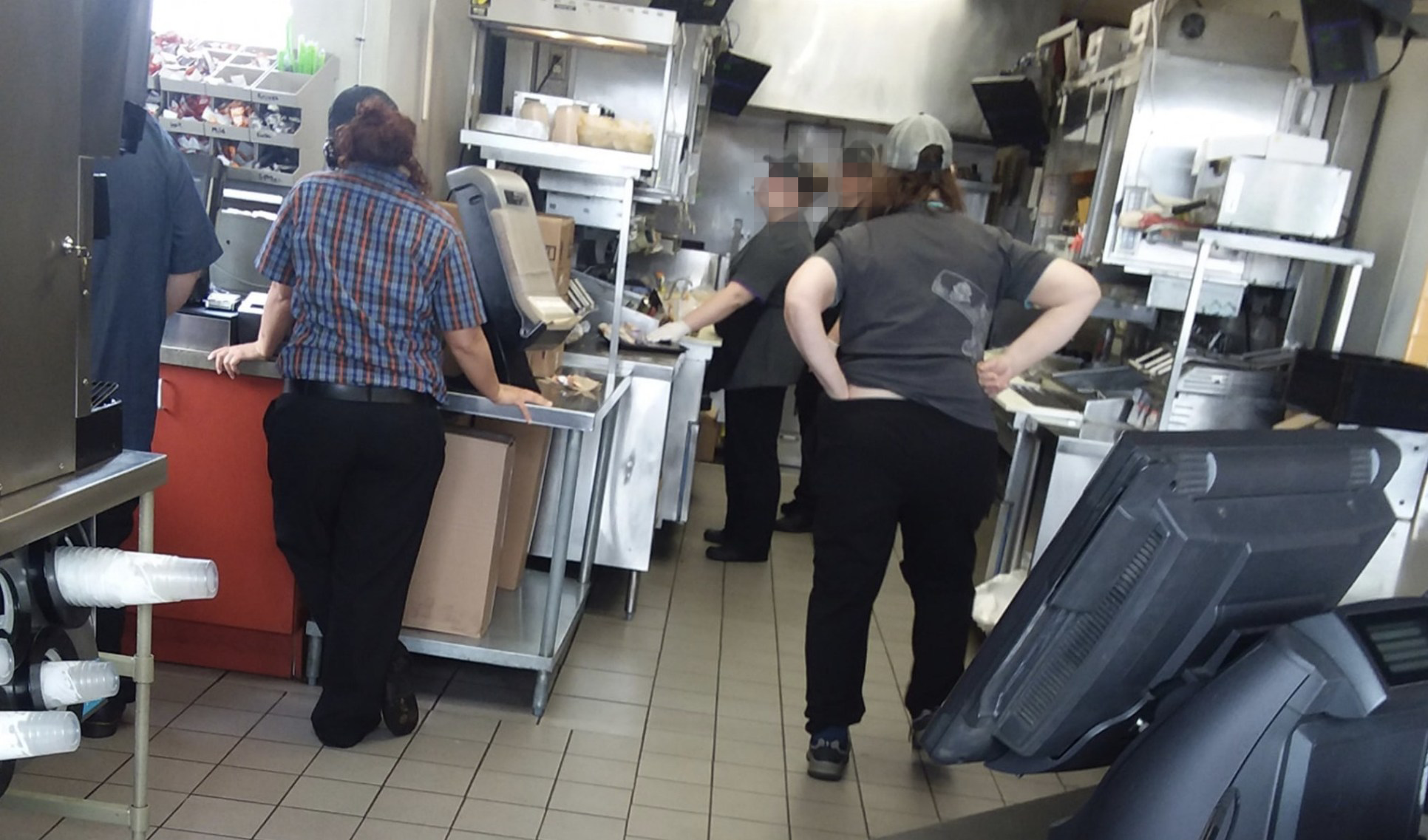 BELLEVUE, OH — A viral photo posted Thursday shows a Taco Bell employee in Bellevue performing what the customer who shared the photo called a “disgusting act.”

The photo shows the employee “scratching and digging” into her rear-end in front of customers, according to the Taco Bell guest who originally posted the viral photo to Facebook.

“I am sorry but if someone works in a kitchen where food is prepared and then served… Keep you hands out of your pants PERIOD!! ITS NOT SANITARY, IT’S DISGUSTING,” one woman wrote in a comment on the photo.

Many expressed concerns over the sanitary nature of the woman performing the act near the food preparation area. TiffinOhio.net attempted to contact Taco Bell regarding the matter but has yet to receive a reply.

Does this make you want to go “chow down” a burrito from Taco Bell?