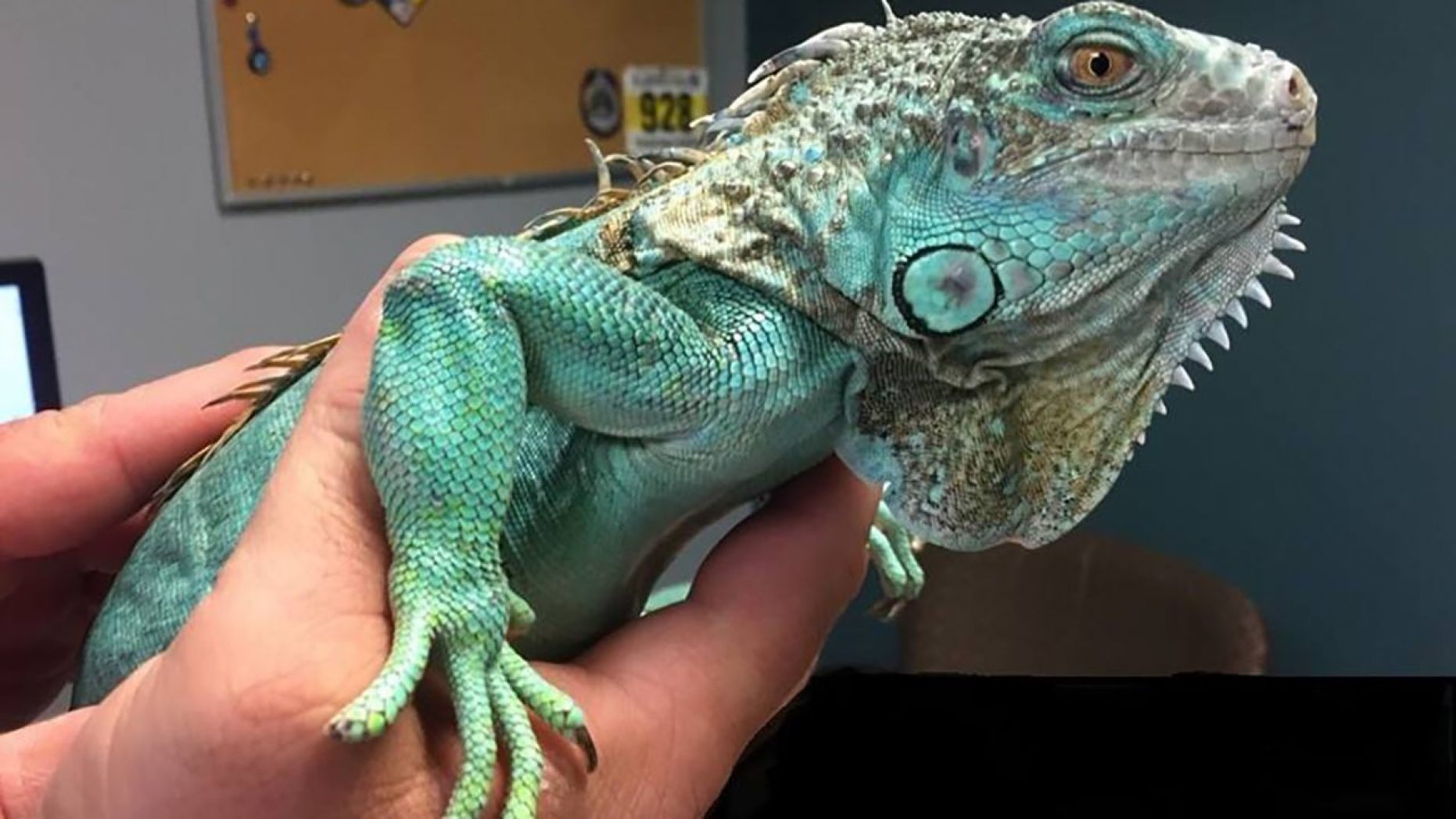 PAINESVILLE, OH — According to a statement from the Painesville Police Department, an Ohio man was arrested after he allegedly hurled a live iguana at a restaurant manager.

Police say the 49-year-old Ohio man, whose name has not been released, went to the Perkins Restaurant in Painesville, which is approximately 30 miles northeast of Cleveland, where he pulled out an iguana from underneath his shirt and began swinging it over his head.

The man is accused of throwing the reptile at the manager of the Perkins Restaurant. Perkinsville Police responded to the report of disorderly conduct at 11:49 AM. The man had left the restaurant by the time it was called in, but police found him just a few blocks away from the restaurant.

The man allegedly resisted arrest before officers were able to take him into custody, according to the statement. He faces charges of suspicion of resisting arrest and animal cruelty.

The Lake County Humane Society says they have received the bright teal iguana, whom the police officers named Copper, to check for injuries after being seized by police.