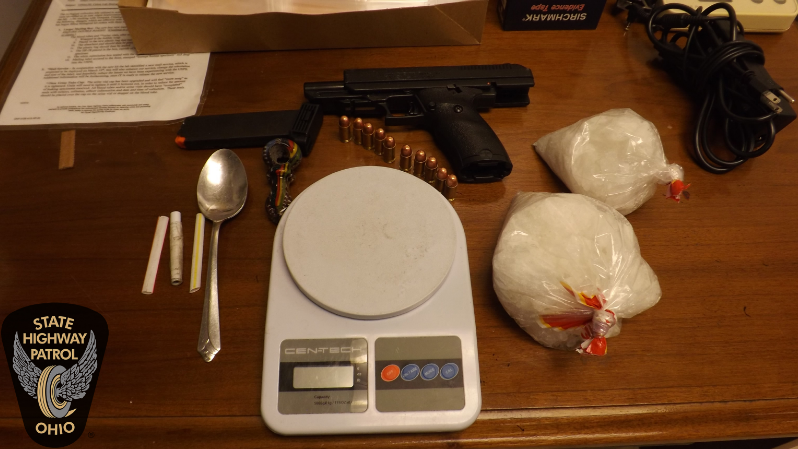 Ohio State Highway Patrol troopers filed felony drug charges against an Ohio man after a traffic stop in Licking County. During the traffic stop, troopers seized a loaded JHP .45 caliber handgun, paraphernalia and more than 1 pound of methamphetamine worth approximately $10,000.

On April 6, at 11:50 p.m., troopers stopped a 2001 Ford Ranger with Ohio registration for a marked lanes violation on Interstate 70. Signs of impairment were present and the driver was subsequently arrested for OVI. An administrative inventory of the vehicle revealed the contraband.

The driver, Jermanine Green, 38, of Zanesville, was incarcerated in the Licking County Jail and charged with possession of drugs, a first-degree felony; weapons under disability, a third-degree felony; and improper handling of a firearm, a fourth-degree felony.