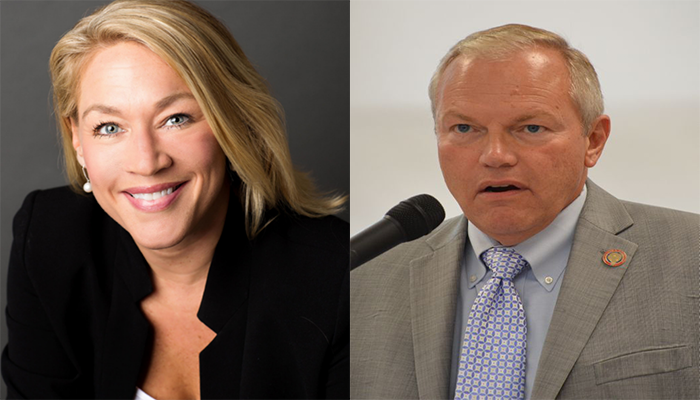 The 26th district Senate seat is currently held by Sen. Dave Burke (R-Marysville), who is term-limited and cannot run for re-election.

In a statement, Melissa Ackison said she is running for Ohio’s Senate District 26 to give a voice back to the people left behind by Columbus.

“Melissa Ackison grew up in a blue collar neighborhood on the West Side of Columbus, Ohio. She is currently the co-owner and managing partner of Ackison Surveying LLC. Melissa and her husband Rich are the proud parents of four boys. While one son worked for the family business as a surveyor, another son serves our country in the U.S. Army,” a campaign spokesperson said.

“Their younger sons are 9-years and 2 years-old. Prior to partnering with her husband to run their family business, she owned a successful staffing company servicing the needs of the handicapped, elderly and disabled. Although she currently resides in Union county, Melissa plays an active role in the community she was raised in,” they continued.

Reineke, who currently serves as the House District 88 state representative representing Sandusky and Seneca counties, announced April 8 that he plans to run for Burke’s seat in 2020. Reineke, whose family runs a chain of auto dealerships, cited job training and job creation as top issues.

“When Melissa became involved in the real estate market, she invested back into the community by restoring dilapidated properties with the help of community members. In addition to building businesses from the ground up, Melissa has served in professional roles both internationally and domestically in Human Resources. She focused on employee and labor relations, organizational design, and policy implementation. Melissa has also served as chief negotiator in Union matters,” a campaign press release stated.

“Melissa’s efforts in effectively serving the employees within this scope led to an unprecedented event – Union employees led decertification efforts through the National Labor Relations Board. Like many other small businesses, her business has been hurt due to detrimental and intrusive government policies,” they continued.

“Good intentions do not equate to the creation of good policies that benefit the American people. Our current political leadership lacks the moral courage to stand up for its citizens who take part in the great American tradition of starting their own businesses,” Ackison said.