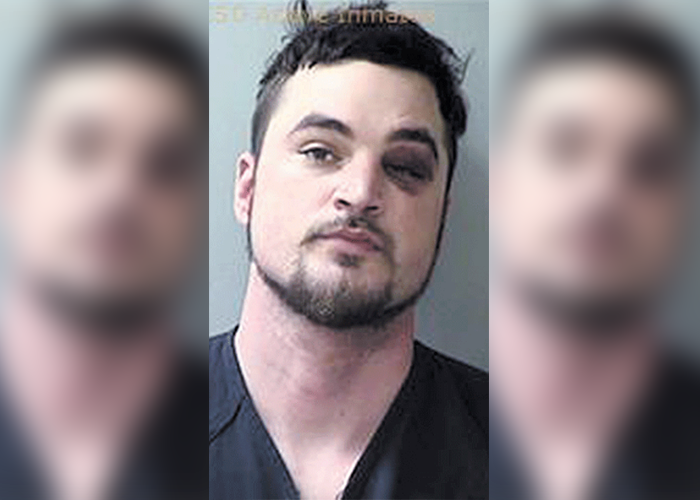 FOSTORIA, OH — A Fostoria man was arrested after he allegedly punched a police officer in the face on Saturday.

Fostoria Police responded to a disturbance in the vicinity of 461 W. Lytle St. around 4:10 AM. According to police, Justin J.J. Johnson, 31, of Fostoria, and his girlfriend were found drunk and were warned for public intoxication and disorderly conduct.

“J.J. Johnson” allegedly became enraged after the office left the scene, and around 4:45 AM, Fostoria PD was called back to the scene when a man reported that he had heard “yelling and slamming.” Initially, Officer Chad Marchetto only intended to arrest Johnson for repeated disorderly conduct, but Johnson decided to resist arrest and punch Marchetto in the face.

The two men fought for a few moments before Marchetto was able to get him under control, according to police.