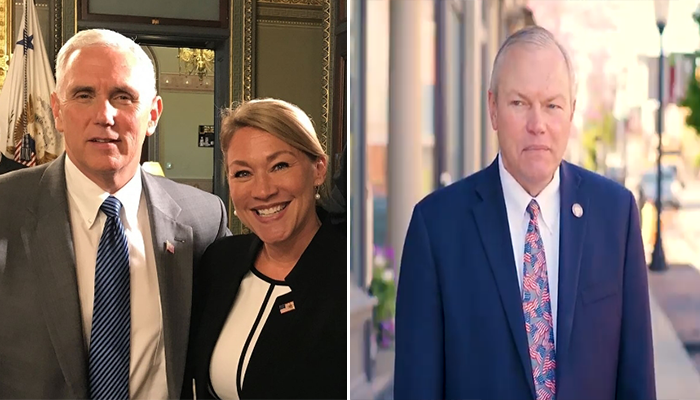 MARYSVILLE, OH — A conservative activist and Marysville businesswoman who previously ran for U.S. Senate in 2018 is considering a challenge to State Rep. Bill Reineke (R-Tiffin)’s candidacy for the 26th district State Senate seat.

The 26th district seat is currently held by Sen. Dave Burke (R-Marysville). Melissa Ackison hasn’t officially announced a campaign yet, but has been prompting speculation with social media posts.

Reineke, who currently serves as the House District 88 state representative representing Sandusky and Seneca counties, announced Monday that he plans to run for Burke’s seat in 2020. Reineke, whose family runs a chain of auto dealerships, cited job training and job creation as top issues. Burke cannot seek another term because of term limits.

“Oh boy… we have ourselves an establishment candidate road show going on in my district today to introduce the man who intends on running for Dave Burke’s Senate Seat,” Ackison said of Reineke.

“Might be time to shake things up and make folks nervous again,” she added.

Referring to herself, she wrote, “What’s more diverse than a mixed race woman from poor coal miners and slaves?”

Reineke received a large amount of criticism this week after he rejected an amendment that would have outlawed spousal rape in the state of Ohio entirely, closing loopholes that allow it to be legal in some circumstances.