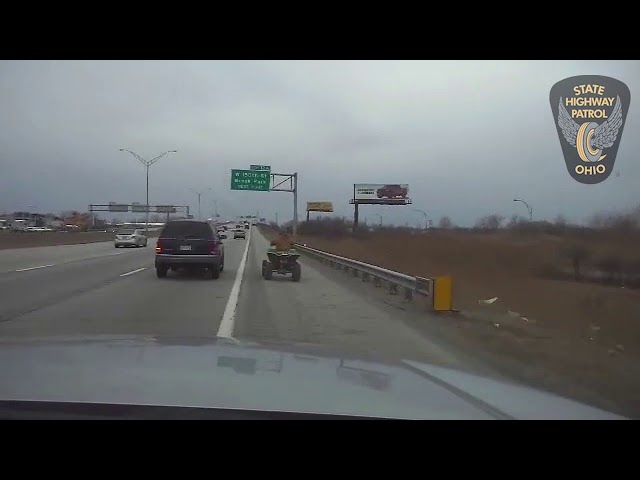 CLEVELAND, OH — A chase involving an Ohio State Highway Patrol trooper and an ATV driver in Cleveland was caught on dash camera video.

The trooper spotted the four-wheeler on Intestate 480 near West 130th Street at about 3:30 p.m.

The ATV driver drove in the right lane and shoulder while the trooper followed close behind before exiting at West 150th Street, according to the OSHP.

The patrol said the ATV exited the highway at West 150th Street and continued north, but the pursuit was terminated.

The driver was not identified and remains on the loose.