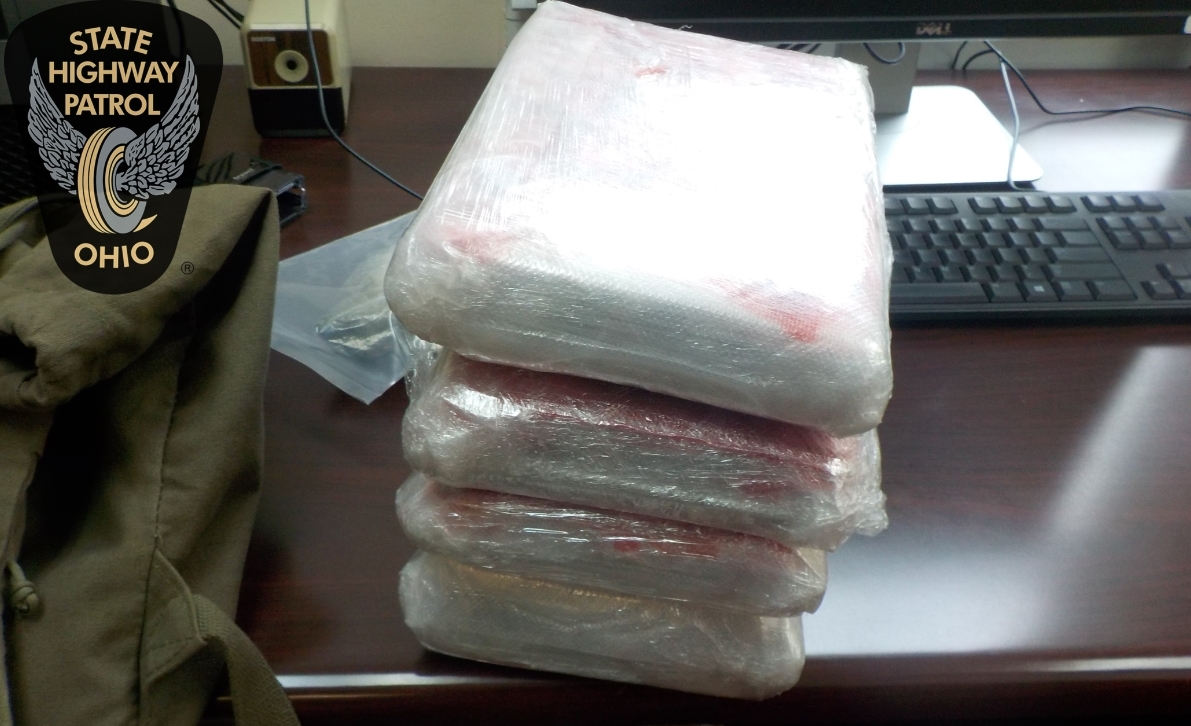 COLUMBUS, OH — Ohio State Highway Patrol troopers filed felony drug charges against a Texas man after a vehicle inspection in Clinton County. During the vehicle inspection, troopers seized more than 11 pounds of cocaine and 5 grams of marijuana worth $433,792 and a loaded Springfield XD .45 caliber handgun.

On March 11, at 9:50 a.m., troopers stopped a 2012 Freightliner with Texas registration at a northbound weight scale on Interstate 71. While speaking with the driver, troopers detected a strong odor of marijuana coming from the vehicle. A probable cause search of the vehicle revealed the contraband.

The driver, Terrence Sample, 26, of Katy, Texas, was incarcerated in the Clinton County Jail and charged with possession and trafficking in cocaine, both first-degree felonies; and possession of marijuana, minor misdemeanor.