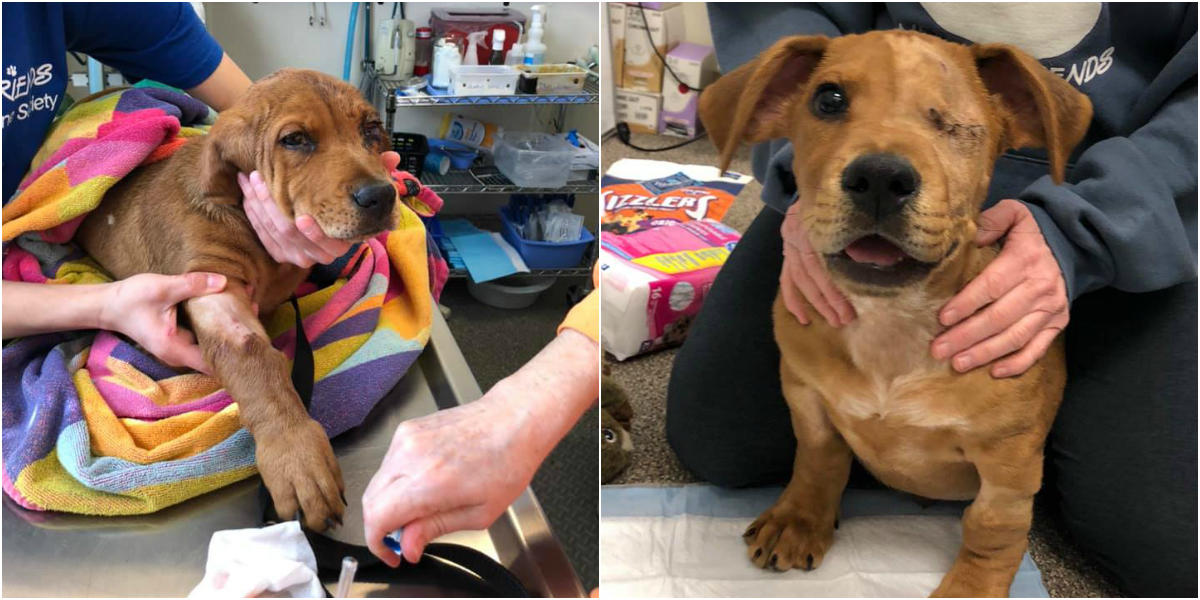 HAMILTON, OH — An Ohio puppy who is recovering after he was hit by a train is now up for adoption.

On March 13, the Animal Friends Humane Society said in a Facebook post that they had received a 3-month-old puppy who had been hit by a train in Hamilton, which is about 40 minutes north of Cincinnati.

The pup, later named “Trooper,” was found by people walking in the area some time after he had been hit. The amount of time that passed between when Trooper was hit and when he was found is not known, according to the humane society.

Sheriff Richard K. Jones reports the Butler County Sheriff’s Office Dog Wardens received anonymous tips that the puppy, which lost both hind legs and one eye after being struck by the train, had an owner.

That owner, a 17 year old juvenile from Hamilton, abandoned him and his sibling earlier that day at a park in Lindenwald.

The juvenile admitted abandoning two; 3 month old puppies in the park around 10:30 PM on March 13th, the same day the puppy was struck by the train.

“If the juvenile would have just taken the dogs to the shelter, Trooper may not be injured today. I am sure Trooper will find a great forever home but his limited quality of life could have been prevented if this individual made a better decision,” said Sheriff Jones.

Trooper’s sibling was located in the City of Fairfield. The juvenile was charged with cruelty and abandoning animals, both misdemeanor charges. Trooper is currently being fostered and continues recovery.