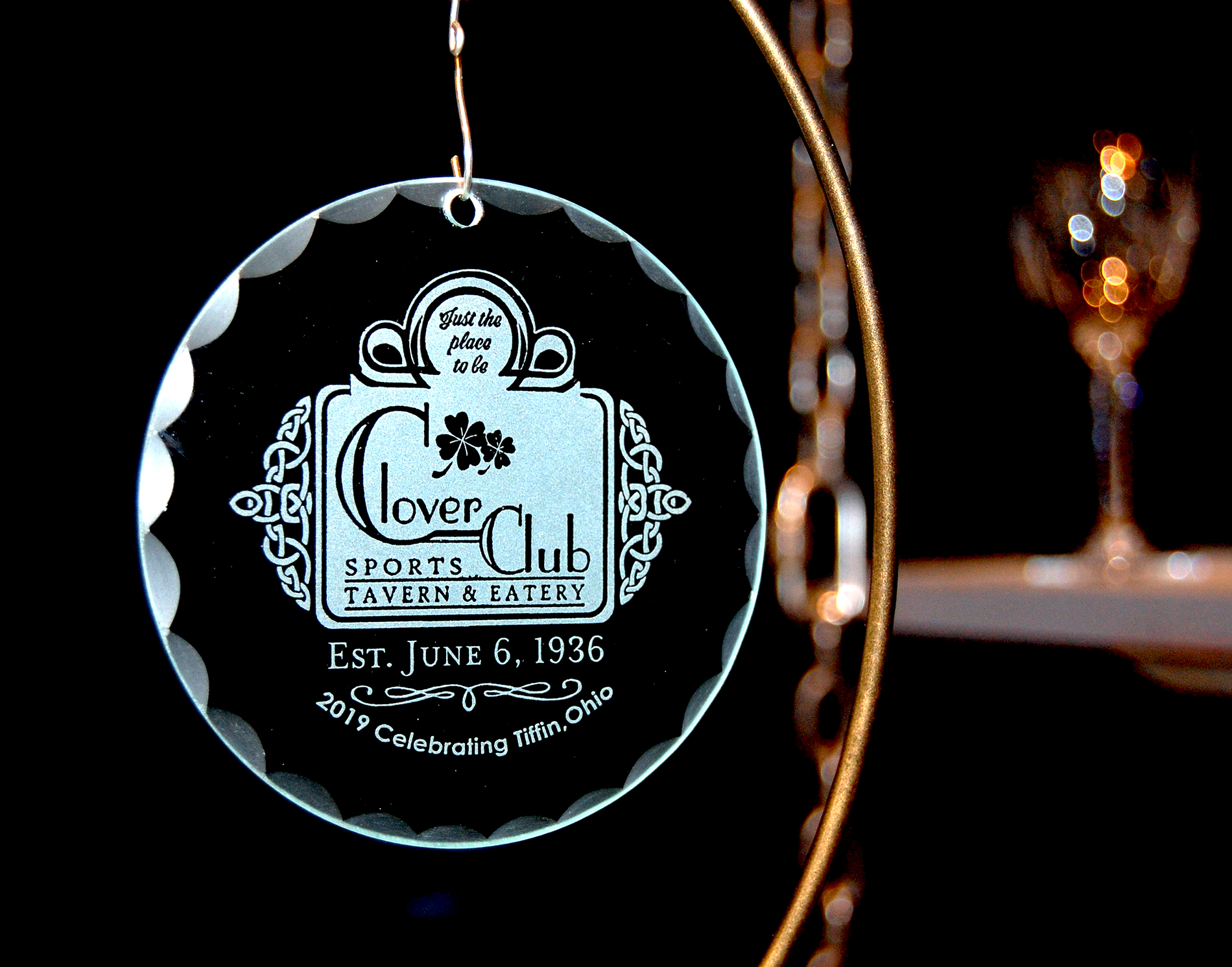 TIFFIN, OH — Last year, Hawkes Crystal introduced its Legacy Ornament as a way to pay homage to the businesses that played an instrumental role in the history of Tiffin and Seneca County. This year The Clover Club is being featured as the second ornament in this limited-edition series.

The popular eatery and tavern at 266 S. Washington St. has been a Tiffin institution for 83 years. Owners John Fetzer and Paul Kleinhenz purchased what was once the South End Candy Store and converted it into a “shot and a beer” bar that opened for business on Saturday evening, June 6, 1936.

The timing was significant because the Clover Club opened just three years after the 21st Amendment repealed Prohibition. Following a dry spell of more than a decade, locals could once again belly up to the bar for a beer and a 10-cent sandwich or a bowl of chow mein.

Today, the Clover Club is one of the longest continuously operating establishments of its kind in the city, and the oldest tavern in the downtown district. Although patrons can still stop by for a shot and a beer, these days the Clover also serves an array of menu items ranging from homemade soups to burgers, wings and steaks in a family friendly, sports bar-type atmosphere.

“Heritage is in this town’s DNA,” he says. “It means so much to the people here. Hawkes has the honor of carrying on the tradition of glass in a city that was built by the glass industry. We wanted to use glass to show how important other businesses have been to this city.”

The Clover Club Legacy Ornament will be available until Dec. 31. Each ornament is numbered and is accompanied by a card detailing the historical significance of the business.

They are available for $40 at the Hawkes Crystal showroom at 207 S. Washington St., Tiffin or online at hawkescrystal.com.