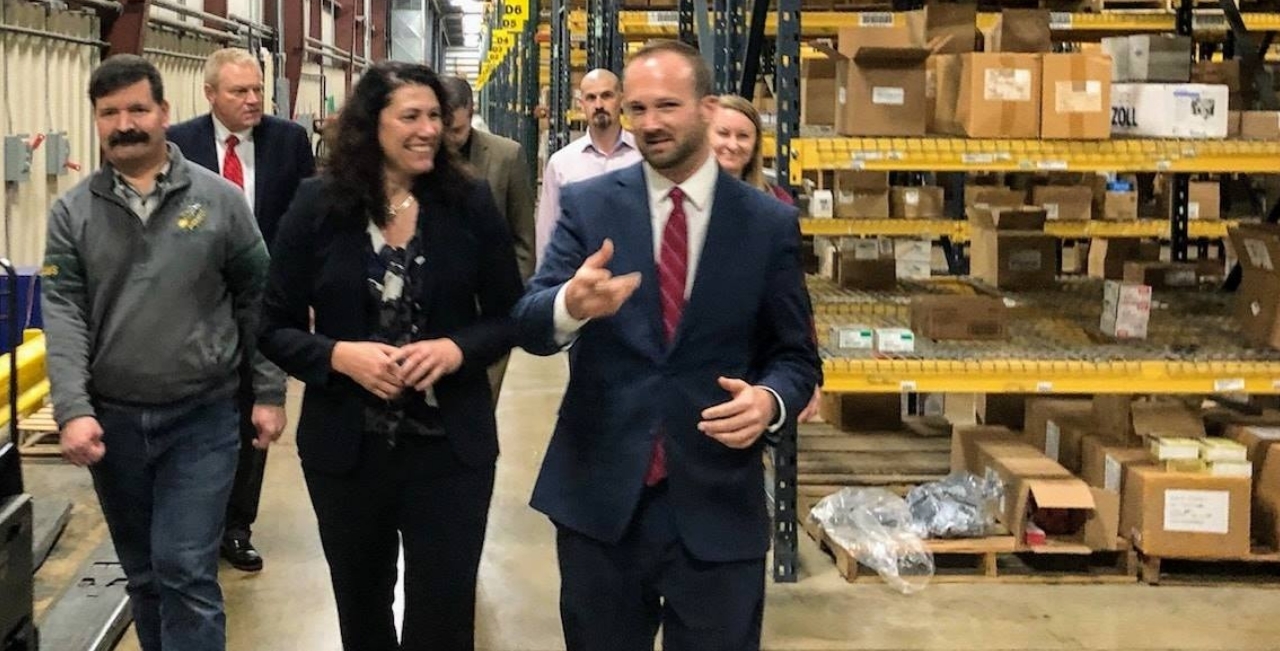 TIFFIN, OH — Following the 4 PM deadline to file to run for office in the city of Tiffin on Monday, Mayor Aaron Montz shared to social media his excitement regarding the news that he will be running unopposed for re-election.

“Today at 4PM, the deadline to file to run for office in the City of Tiffin came and went with no one filing to run against me for the position of Mayor. I want to take a moment to thank each and every one of you for your support over the last eight years,” Montz said.

“It’s hard to believe that I am now in my eighth year leading our community and I promise to you all that I will continue to pour my heart and soul into improving Tiffin. I am elated by the fact that after garnering 85% of the vote four years ago, that I will go unchallenged in 2019 – it truly is an honor,” he continued.

Since Montz took office at the beginning of 2012, the Tiffin area has seen the announcement of more than 2,100 new jobs and $460 million in new investment in hundreds of projects. Every year since taking office, the community has ranked in the top ten percent of the country’s 536 non-metro micropolitans for economic development activity. For three of those years, including 2017 and 2018, Tiffin placed in the top ten nationally. Growth has been occurring across all sectors, including manufacturing, education, service, retail, and health and recreation.

“Creating an environment where existing businesses want to and are able to grow, while at the same time attracting new ones, will continue to be a top priority of my administration,” Montz said.

Sound fiscal policies and strategic investments have also resulted in a balanced budget, stronger safety forces, and major new transformative projects. Since taking office, the City has a strong carryover and balanced budget. The city was also just named one of the safest college towns nationwide, and crime has been cut by more than 70 percent. This year, the fire department was rated among the top ten percent in the country and received a $1 million grant for a new ladder truck to better service the community. The City is also spending more money on roads and bridges than ever before, and the water and sewer infrastructure investments continue to be made, setting Tiffin up perfectly for growth and continued development well into the future.

“We want Tiffin to be safe and secure, and we work hard to make every dollar count, increase our efficiency, and obtain all the grants we can. We have a tremendous team in place, and they are doing an outstanding job,” Montz declared.

Tiffin City Council President Mark Hayes agreed. “There is too much momentum, and it would
be too risky to change leadership now. Montz is a dynamic leader and consensus builder. The last thing we want to do is stop or slow down our progress.”

If elected to a third term, Montz vows to work with City Council, residents, businesses, students, and visitors to continue the progress and initiatives that characterized the first two terms. He will remain focused on fiscal responsibility, strategic investment, jobs, safety, better infrastructure, downtown revitalization, and becoming more of a college town. “We’re at a critical time,” said Montz. “We have to keep pushing forward and build a legacy for all Tiffinites that will last for generations to come.”

Learn more about Tiffin and all of the positive things happening at the Mayor’s official Facebook page at www.facebook.com/aarondmontz or on Twitter at @MayorMontz.

Tiffin Mayor Aaron D. Montz was first elected in November 2011. Montz’s immense love for the community and his dedication towards redevelopment of the business sector prompted his desire to lead his hometown through one of the most difficult times facing Tiffin since the Great Depression.

Montz was elected with a pledge to be a dynamic leader and unifier for the community. With a deep background in retail management and human resources, Montz has promised to bring an atmosphere of what he dubs “Retail Politics” to the City of Tiffin. He believes in a customer service based approach to dealing with residents and business’s concerns and believes there is always a way to say yes.

Mayor Montz is a 2004 graduate of Tiffin Columbian High School and a 2008 graduate of Heidelberg University (BA) where he studied History and Political Science. He believes the schools and the two universities located within the City of Tiffin are an important developmental aspect of the community.

In 2007, Montz was elected to Tiffin City Council to represent the City’s Second Ward. During his term as Second Ward Councilman he chaired the Streets, Sidewalks, and Sewers Committee as well as the Recreation and Public Properties Committee. Montz also served on the Finance Committee where he was an active voice in fiscal responsibility and advocate against wasteful government spending.

Aaron is the eldest son of James and Betty Montz and has one brother Nicholas. His parents instilled in him many values but most of all stressed the importance of treating others in the community with dignity and respect. Mayor Montz continues to emphasize leading in a positive manner, always remembering your roots and never forgetting where you came from.