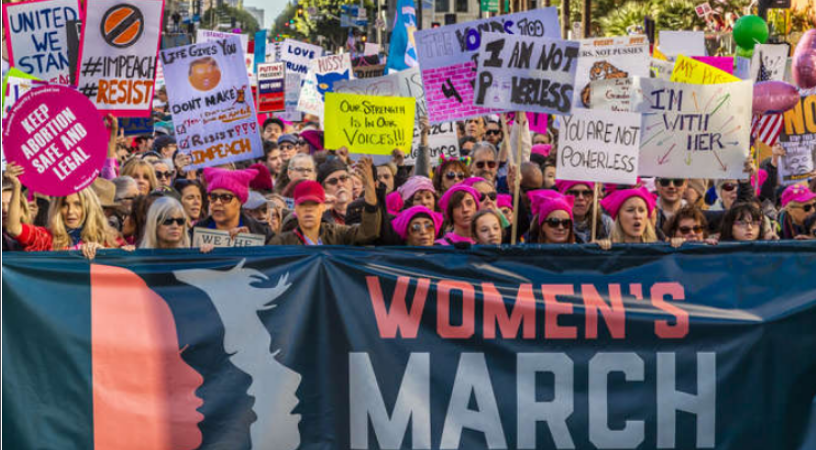 “Join us as we march in solidarity with women across the country and around the globe. The March will begin at approximately 3 PM but you’re welcome to join us for the first hour to make posters and listen to some speeches,” the event’s description states.

The event, organized by the local Zeta Theta Psi sorority chapter, will begin at 2 PM at the University Commons building on Heidelberg’s campus. Speakers are lined up including Rachel Crooks, of Tiffin, who made national news when she accused Donald J. Trump during the presidential race of forcibly kissing her at Trump Tower. Crooks also made her first-time debut into politics by running for the Ohio State Representative seat for the 88th District, but was defeated in November by incumbent Bill Reineke.

The Women’s March originated as a worldwide protest on January 21, 2017, the day after the inauguration of President Donald Trump. Tensions rose due to statements made by Donald Trump, considered by many as anti-women or otherwise offensive. It was the largest single-day protest in U.S. history.

“It appears as though there might be a winter storm on the way. We are monitoring the situation and are mostly concerned about safety for those traveling to the event and also for conditions during the event, so please stay posted in case we have to reschedule. We will post any updates on this page as they come, so please check before coming to the March. We really hope we can continue with the event but the forecast is not looking so great,” the group initially stated. The event was originally schedule to take place on Saturday the 19th, but due to inclement weather, the event was rescheduled.

“We have had some questions about the location for the event and other details. The event will start in University Commons at Heidelberg University, and it’s the glass building with the fireplace that sits at the intersection of Rebecca Street and Greenfield Street. Please dress warm! We are expecting more people than we had originally accounted for, which is awesome! The hope is that we can all fit inside but there is also a chance we will spill outside. I’m sure this will all depend on the weather. Nonetheless, the March will be outdoors so please dress accordingly. The first 45 minutes will simply be time for people to gather and make signs, so it is not essential to be there at that time. Around 2:45 pm we will begin kicking off the actual March, so that would be the time to come if you don’t need/want to make a sign,” they said.