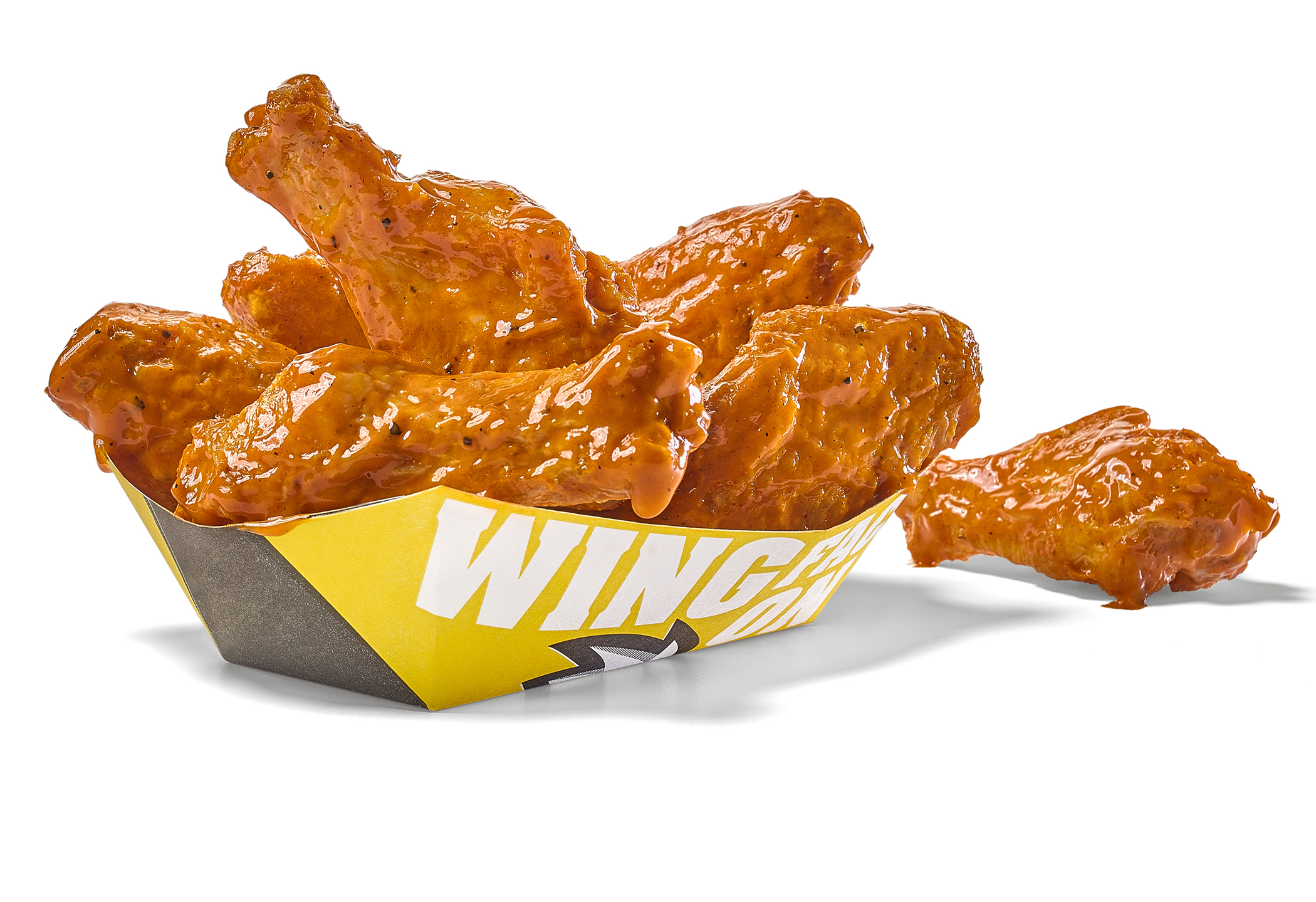 TIFFIN, OH — Whether it’s persuading a referee to reverse a sure touchdown, triggering the field’s sprinklers to trip a player about to score, or turning on the stadium’s industrial fans to blow a game-winning field goal wide, Buffalo Wild Wings ads have long touted its ability to influence the outcome of games by sending them to overtime.

This year, America’s largest sports bar, which is locally owned & operated in Tiffin, is taking this claim to the next level on football’s biggest stage to see if its “overtime button” really works. If the game on February 3 in Atlanta goes to overtime, Buffalo Wild Wings will celebrate by giving America free wings.

The Buffalo Wild Wings overtime button has apparently been working all year with a regular season that saw 15 overtime games, and for the first time in history, two postseason OT games in the same day. If this final game goes into extra time, everyone in America will win a free snack-sized wings on February 18 from 4-7 p.m. local time.

“We know fans get a thrill out of having something riding on the outcome of the game, and given the number of overtime games we’ve seen all season, we wanted to up the ante for everyone.

Even if you don’t have a dog in the fight, we all have a common rooting interest in extending the game because that means more football, and now, free wings!” Seth Freeman, Chief Marketing Officer, Buffalo Wild Wings

The moneyline for the game going into overtime opened at +650, meaning a $100 bet would net $650 if the game goes to OT. This translates to Vegas thinking America has a good chance of winning free wings!

February 3: By The Numbers

Not only will February 3 be the biggest day of the year for the players on the field, and millions of football fans around the country, it is also a huge day for Buffalo Wild Wings restaurants. As America’s largest sports bar, more fans will watch the game at Buffalo Wild Wings than anywhere else, leading to what could be the highest sales day of the year for the restaurant brand in 2019.

Here’s how the biggest football Sunday of the year will impact Buffalo Wild Wings restaurants across the country:

Redemption Rules & Regulations
If the professional football game on February 3 is extended into an overtime period, Buffalo Wild Wings will make available one free order of snack-sized chicken wings (either boneless or traditional) to all patrons who visit any of our U.S. locations on February 18, 2019, between the hours of 4 p.m. – 7 p.m. local (restaurant) time. No purchase is necessary to redeem the free wings. This promotion is available for dine-in orders only. Limit of one free order per customer. Only available at indicated times and date.  While supplies last and at participating restaurants.