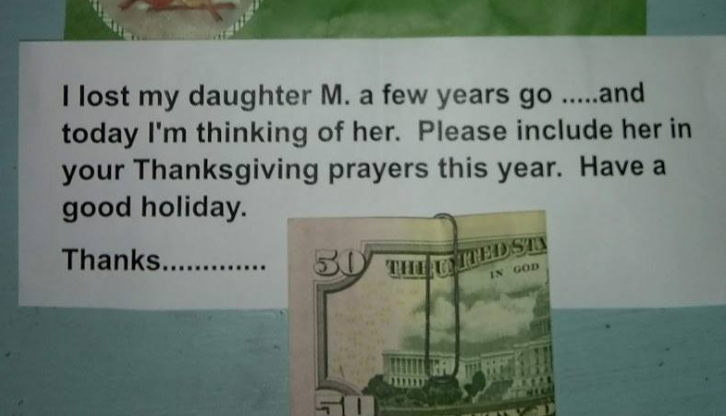 On a cold, rainy November morning, an Ohio woman was loading her vehicle with groceries in the parking lot of a local market as a man approached her.

“Yes, it is,” the woman replied as she continued to load her vehicles with groceries. The man continued to walk towards the entrance of the store before stopping to say a few more words.

Watching the woman load her vehicle with groceries, he asked if she was having a big Thanksgiving. The woman replied, telling him, “No, my sons and grandson go to their father’s for early dinner, then come to my house in the evening for sandwiches and desserts.”

She added that she’s “very blessed” to have them.

“He then reached out and handed me an envelope with a handwritten ‘Have A Good Thanksgiving’ on it,” the woman said. She thanked him, put the envelope in one of the bags, finished loading her groceries, and drove home.

Upon arriving at home, the woman began putting away groceries. “After putting the groceries away I opened the envelope, and saw a $50 bill paper-clipped to a note. When I read the note, I burst into tears,” the woman said.

“How in the world did he know that I, like him, had suffered a major loss just a few years ago, and that my mind has been filled with thoughts of my husband more than usual this week?,” she stated. 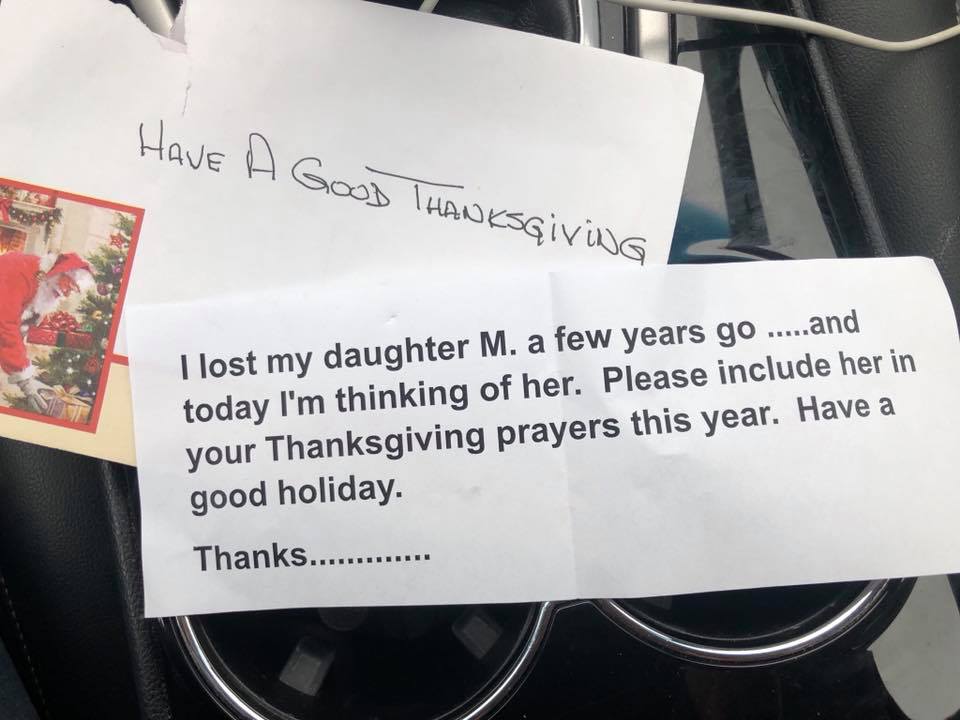 The woman then posted on social media that she was searching for the man in order to thank him. “I would love to let him know that his kindness will be paid forward, that I will add his daughter to my prayers, and begin a new tradition myself to honor my husband’s memory,” she said.

“If it turns out that I can’t find out who he is, I can only hope that somehow he will be blessed in return by another who is as kind as he,” the woman continued.

The man reportedly gave similar gifts to other random shoppers, with some also posting on social media thanking the anonymous man.