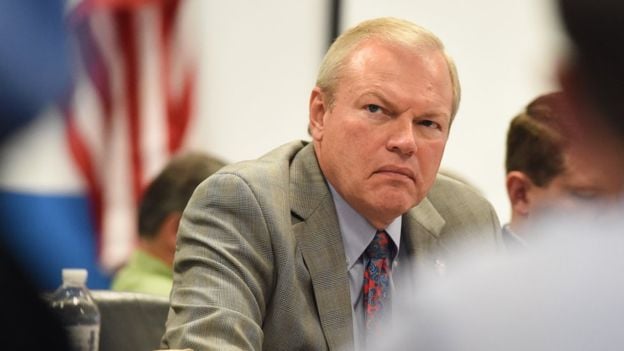 COLUMBUS, OH — Despite having been vetoed by the governor once already, a new version of a bill that seeks to implement some of the strictest regulations on abortion in the nation was passed in the Ohio House with a 60 to 35 majority on Thursday.

House Bill 258, also known as the “Heartbeat Bill” or the “six-week abortion ban,” would outlaw abortions after the detection of a heartbeat, which could be as early as six weeks into a pregnancy. The bill does not make any exceptions for victims of rape or incest, despite efforts by Democrats to include such exceptions.

The only exception it allows is where the pregnancy could risk the life of the mother or would cause the mother “a substantial and irreversible impairment of a major bodily function.”

State Rep. Bill Reineke (R-Tiffin), who represents the 88th district which includes all of Sandusky County and the majority of Seneca County, voted in favor of the measure.

The difference between the 2016 bill and this year’s, however, is that the House now has the 60 votes needed to override Kasich’s veto. Before the bill can reach Kasich’s desk, though, it must first pass the Ohio Senate.

Several House Democrats spoke out against the bill.

State Rep. Nickie Antonio, a Lakewood Democrat, noted the bill makes no exception for pregnancy resulting from incest or rape.

“Victims of rape should not have additional control of their bodies taken away from them,” Antonio said. “It should be a survivor’s decision to make.”

Should Ohio’s “heartbeat bill” (H.B. 258) become law, providers who perform an abortion “before determining whether there is a detectable fetal heartbeat” would be charged with a fifth-degree felony.

Ultimately, anti-abortion lawmakers hope the measure is challenged in court so they can appeal all the way up to the Supreme Court, where newly-appointed Justice Brett Kavanaugh will be the fifth critical vote, likely approving the law and thus triggering a challenge to the constitutional right to abortion.

Sponsor Christina Hagan points out a lot has changed since 2016 and says she’s ready for a court challenge.

“I campaigned on behalf of President Trump and part of that reason was to ensure that we had a constitution-respecting Supreme Court when appointments became available. That is now the case. And we have more favor and opportunity than ever for that extension of protection to be given to children in the womb.”

The bill is considered to be among the most restrictive in the nation.