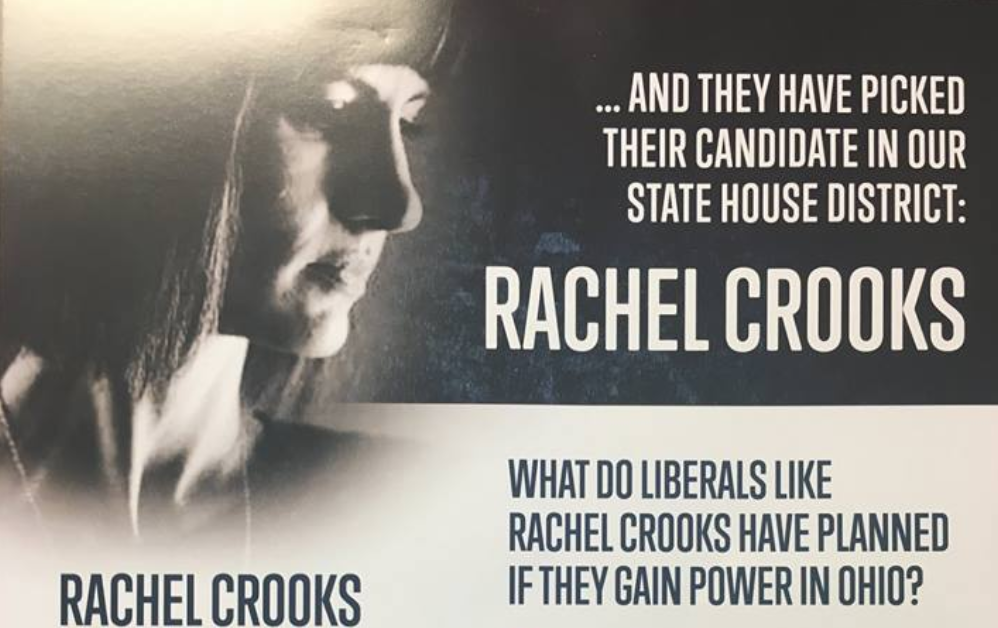 TIFFIN, OH — With just days left until the November 6 midterm election, the race between incumbent State Rep. Bill Reineke (R-Tiffin) and his Democratic challenger, Rachel Crooks (Tiffin) is heating up.

Residents have reported seeing attack ads both online and via mail. A recent mailing from the American Jobs and Growth PAC out of Arlington, Virginia has been making the rounds, attacking Rachel Crooks as a “liberal” on a number of issues. 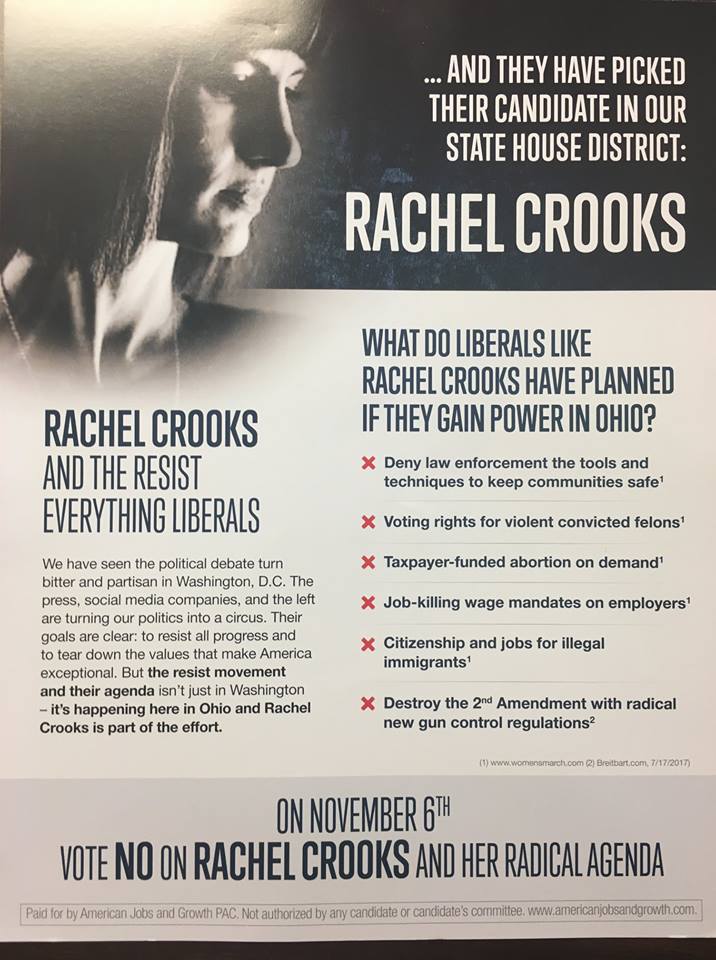 The group compares Crooks to Bernie Sanders and Nancy Pelosi in the mailer.

“The first attack ad against me hit mailboxes across the district this week. Republicans are scared, and sadly, they resort to shady tactics like this in their efforts to win,” Crooks said in a statement responding to the attack ads.

The Ohio House Republican Caucus, OHROC, is also running ads in support of Rep. Reineke. It was unclear if OHROC is spending any money on ads directly against Crooks.

For now, both campaigns have avoided attacking each other directly, leaving most of that work to outside groups — including their respective parties.

“The ad is from a dark money PAC, which means the American people will never know who contributed the dollars to pay for this. Now more than ever, I’m proud to have signed the The American Promise 28th Amendment Pledge that would get rid of dark money groups like this in politics,” Crooks continued.

Outside groups are not ignoring Ohio’s 88th district, which includes all of Sandusky County and most of Seneca County. The groups sending anti-Crooks mailers are mostly funded by out-of-state donors.

Other ads that have been reported in the race include digital ads attacking Rep. Bill Reineke on a number of issues, including his acceptance of thousands of dollars in campaign contributions from the scandal-ridden ECOT charter school.

Facebook and Twitter ads have also been seen attacking Reineke, paid for multiple groups, such as Innovation Ohio, the Ohio Democratic Party, and the Seneca County Democratic Party.

Many analysts believe the seat is a safe bet for Reineke, unless a massive amount of Democratic voters and independents supporting Ms. Crooks turn out to vote.