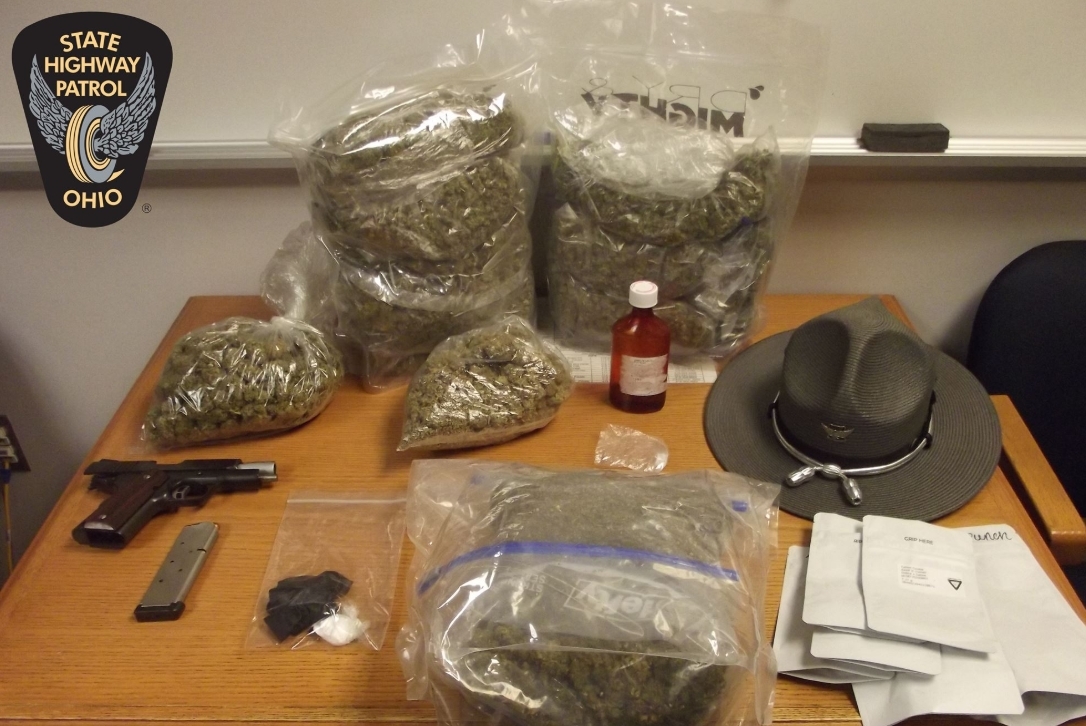 During interaction with the occupants, troopers detected an odor of raw marijuana coming from the vehicle. A probable cause search revealed two cardboard boxes containing 5 pounds of marijuana, cocaine and a loaded handgun.

The contraband has an approximate street value of $12,500. The driver, Denzell Price, 23, and passenger, Kennedy Greene, 22, of Knoxville, Tenn., were charged with possession of marijuana, a third-degree felony.