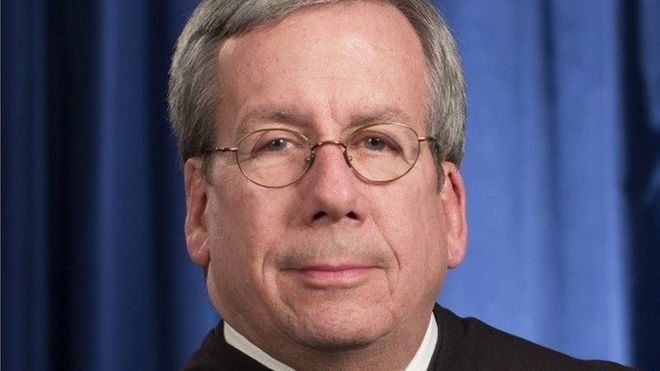 O’Neill’s position puts him at odds with Chief Justice Maureen O’Connor, who is supporting the Amendment, and has written many editorials and comments in the mainstream media.

“I will not comment on the propriety of a sitting Justice actively advocating on an issue that is undoubtedly headed to the Supreme Court,” Oneill said. “But it is clear to me that a large group of Judges, Sheriffs and prison officials oppose Issue 1. I disagree.”

Oneill stated that the money saved from Issue 1 will go directly in to treatment dollars.

“Issue 1 emphasizes treatment over incarceration,” O’Neill wrote, “That is what is clearly needed to break the cycles of personal addiction and prison profiteering. The voters and tax-payers deserve that much and more.”

We already have enough prisons. Issue one breaks the cycle of prison profiteering, saves money and saves lives. These are important goals.

On Election Day, Ohio voters will decide how we spend state dollars. For Issue 1, that is the real bottom line. Ohio voters will be invited to answer some profound questions about how we behave as a society:

Shall we increase our prison population? Or should we look at the alternative of treatment for drug offenders? Shall we build more for-profit prisons? Or should we try to slow down the opioid crisis that kills 5,000 people every year. Should we offer judges a treatment option funded by savings from releasing non-violent offenders? Or shall we let the Ohio General Assembly continue to “Lock Them Up” with no rational limits? At the end of the day, should we try to save lives? These are tough questions. And Issue 1 gives Ohio voters a platform to answer them.

In 1997, the so-called “truth in sentencing” law went into effect. The criminal justice system in Ohio was dramatically altered. The General Assembly summarily took discretion away from judges, replacing it with mandatory sentencing—particularly in the area of drug possession. The prison population at that time was about 45,000 people.

Today the prison population is about 50,000, and the daily price of incarceration has almost doubled. Indeed, prisons have become a growth industry in our state. Starting in 2011, Ohio began privatizing our public prison system. In plain English, the state created a new industry where citizens imprison other citizens for a profit. It is not only morally reprehensible. It is a dramatic waste of state dollars.

Over the past decade, as the opioid crisis increased at an alarming rate, the Ohio General Assembly was busy engineering the conditions for the grotesque overpopulation of our state’s prisons. It is unrealistic to believe they will be part of the solution.

In the same time frame, there has been a tragic increase in drug use and abuse in Ohio. With the General Assembly’s fondness for mandatory imprisonment, the budget for the Ohio Department of Rehabilitation and Correction has skyrocketed. There has been no appreciable increase in money spent on treatment anywhere in the state’s budget.

Incarceration has not worked so far. Judges simply do not have the ability to interrupt the tragic pattern of use—prison—release—use—prison—death. Issue 1 gives Ohio judges the ability to save lives. And the treatment option offered in the proposed amendment would be funded by the decrease in prisoners incarcerated.

Ohio’s prisoners cost just short of $2 billion to confine. The amount of state dollars for treatment is dwarfed in comparison. Consider this: it costs an average of $25,000 per year to imprison a citizen whether that person is a murderer or someone caught with a single dose of cocaine. One of those people belongs in prison. The other does not.

Issue 1 provides an alternative to incarceration by reducing the number of people in prison and sending them to treatment the first few times they are caught possessing drugs. The logic is unassailable.

Issue 1 is a constitutional amendment that was drafted in a less-than-ideal manner by those with great intentions. It is aimed at permitting—and in some cases mandating—that judges sentence according to the real impact that a crime has on our society. I wish the General Assembly would earn their paychecks and implement these changes in the Ohio Revised Code. Instead, they have left it to Ohioans to force this change by amending the Ohio constitution. They have proven themselves untrustworthy on this issue.

Now, an alliance of judges, police unions, and others have mounted the charge suggesting that simple possession of marijuana will lead to the collapse of the free world. They believe our state will spin into chaos and criminal behavior. Terminology like “drug capital of America” clearly demonstrates the mob has their torches, and they are ramping up for decades more law and order while ignoring the better alternatives.

This amendment has nothing to do with murderers, rapists or other violent felons. It is about our state using its resources to extend a hand to persons in possession of controlled substances. Not manufacture. Not sale. Not use. Possession.

Here in the real world of criminal justice, our state is already experiencing chaos. Over-policing and excessive incarceration have diverted state funds away from meaningful treatment of addiction and decimated families.

We are spending hundreds of millions of dollars every year to incarcerate non-violent prisoners who possessed drugs. These non-violent offenders are largely shipped off to for-profit prisons. This system has not solved the problem in fifty years, and I am left with no reason to believe it will work if we give it a century. It is time to restore judicial discretion in Ohio. We must provide judges with the alternative of treatment funded by the state, instead of more expensive incarceration.

Issue 1 emphasizes treatment over incarceration. That is what is clearly needed to break the cycles of personal addiction and prison profiteering. The voters and tax-payers deserve that much and more.

This will not happen at the hand of the Ohio General Assembly, as demonstrated by their increasing penchant to “Lock Them Up.” No, as a citizen of Ohio, I firmly believe we can do better.

Treatment is the answer. We already have enough prisons. Issue one breaks the cycle of prison profiteering.

Editors Note: William O’Neill served as an Assistant Attorney General for the state of Ohio for 12 years, a Court of Appeals Judge from 1997-2007, and an Associate Justice of the Ohio Supreme Court from 2013 to 2018.