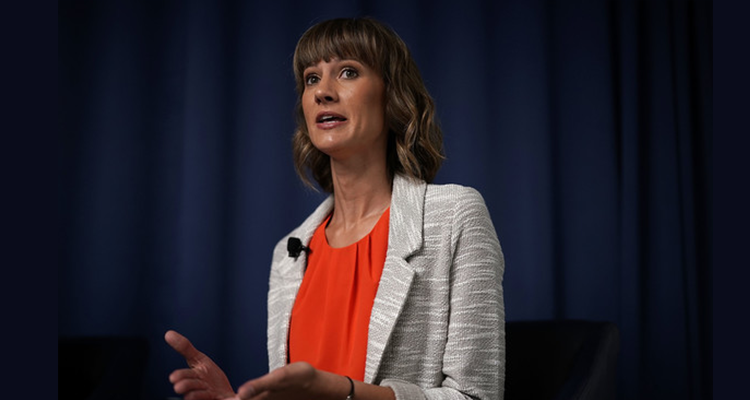 TIFFIN, OH — The Ohio Farmers Union announced their endorsement of Rachel Crooks, candidate for the Ohio House of Representatives.

Ms. Crooks will be challenging Bill Reineke in the November midterm election for the District 88 seat, which includes all of Sandusky County and a majority of Seneca County.

According to Ohio Farmers Union President, Joe Logan, “We believe Ms. Crooks will advocate for the interests of family farmers in our district and state, many of whom have been neglected because the corporate agriculture industry has used their deep pockets to lobby for their own interests at our statehouse. The Ohio Farmers Union is a grassroots organization, and Ms. Crooks is running a grassroots campaign on behalf of everyone in the district, not just the wealthiest few.”

Established in 1934, the Ohio Farmers Union is an organization of farmers, rural community members and consumers who share a deep commitment to maintaining family farm agriculture.

Their efforts are focused on the following areas: legislative, grassroots advocacy, adult and youth education, and rural community development.

“I’m happy to have earned the endorsement of the Ohio Farmers Union, an organization that stands up to big business in the agriculture industry,” Crooks states. “Small family farmers need someone who isn’t beholden to corporate donors and is willing to stand up for their interests. I am ready to take on this fight at the Ohio Statehouse.”