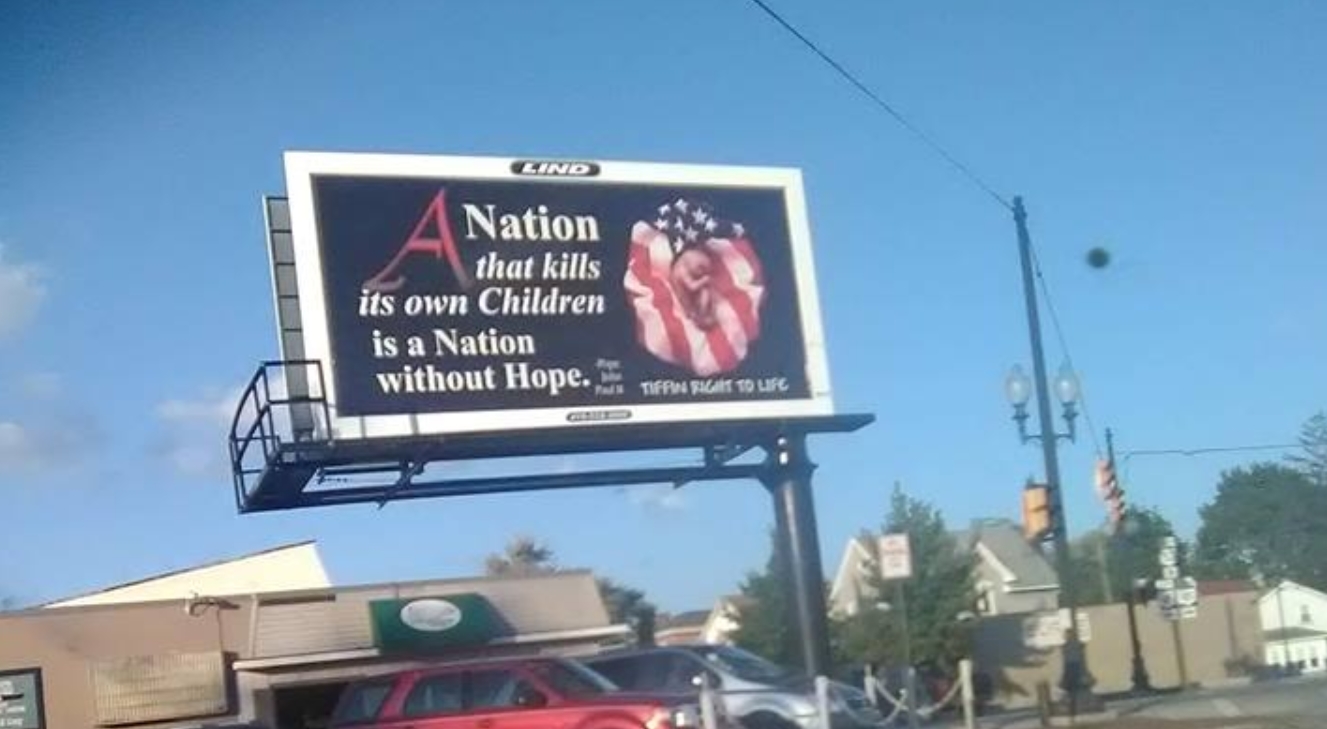 TIFFIN, OH — An anti-abortion billboard on a busy Tiffin street is causing some controversy, and it doesn’t look like the City of Tiffin will respond to a petition calling for the billboard’s removal started two weeks ago.

The petitioner, Molly Maksemetz, a Tiffin resident, started the petition using Change.org, a popular online petition website. The petition is directed towards the City of Tiffin government as well as the Tiffin Right to Life organization.

“This can bring back trauma for people who have had miscarriages or lost their children. This image is disturbing and unnecessary. Kids going to school don’t need to see a dead baby in the mornings. I’m sure there’s a more positive way to get a point across,” Maksemetz said.

Some residents, however, had a different opinion on the billboard.

“It’s clear that the city government itself likely cannot do anything about the billboard — even if they wanted to. The organization legally has the right to display it, regardless of public perception,” resident Rob Bauer said. Bauer said he considered starting a counter-petition in support of the billboard when he heard of Maksemetz’s, but changed his mind later on.

“I could understand the controversy if there was a graphic photo of an aborted fetus on it, otherwise… freedom of speech… it works both ways,” one local resident said on Facebook.

Multiple attempts by TiffinOhio.net to obtain input from public officials on the issue were not returned.

Tiffin Right to Life placed the billboard at the intersection of S. Sandusky St. and W. Market St. in front of Paulette’s.

It depicts a fetus curled up covering an American flag, with the words “A nation that kills its own children is a nation without hope.”

“My 5 and 9 year old were horrified by the image of that dead baby. We aren’t parents that shelter our children, but they don’t need to see that. Obviously, this was a fetus that had been spontaneously (naturally) aborted, and has no bearing on a conversation about abortion anyway,” resident Alycia Brehm said.

You can view the petition online by clicking here.