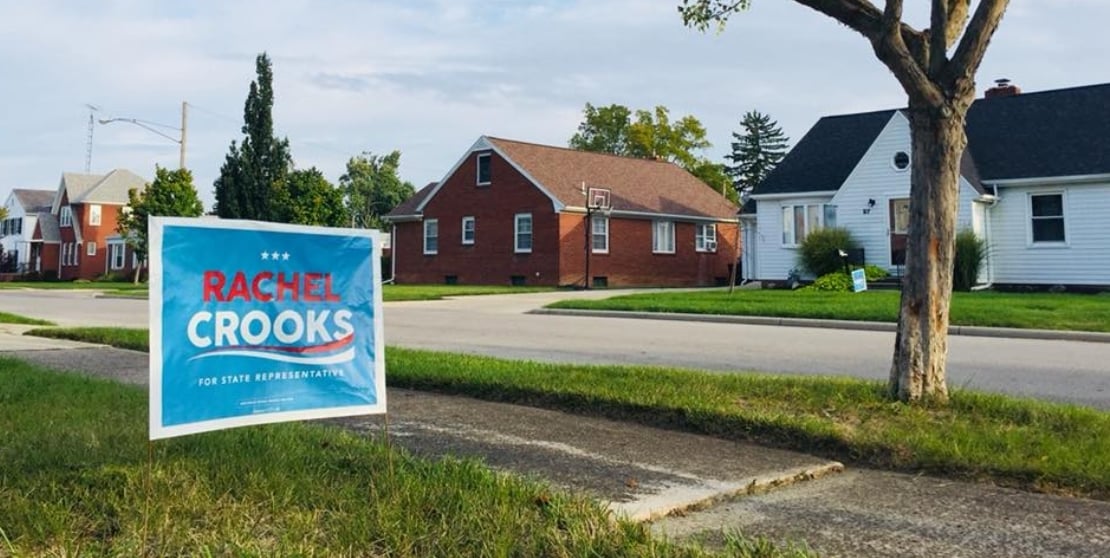 TIFFIN, OH — With the midterm election less than a month away, campaign signs can be found in yards all across Tiffin. But for some people, those signs are being stolen or even destroyed.

Multiple Tiffin residents reported campaign signs being stolen from their yards, ranging from signs in opposition to local wind projects to signs in support of candidates like Rachel Crooks (D).

The Seneca Anti-Wind Union has said that it has received reports of over 30 signs being stolen from supporters’ yards.

“If you are reading this and you are the one taking the signs now is the time to return them and STOP this nonsense before we formally press charges,” the Anti-Wind Union said.

Other signs that are being frequently reported as stolen include those in support of Democratic Ohio House candidate Rachel Crooks.

“My sign for Rachel was stolen sometime last night,” local resident Eric Smith said. “It’s sad that someone would feel the need to go that low.”

Other residents also voiced their concerns publicly, including on social media.

“To whomever stole the Rachel Crooks sign out of my yard, please know you were trespassing on private property, and I feel sorry for your ignorance and lack of moral integrity,” says Tiffin resident Shena. “Just remember you can’t keep me from voting.”

Some folks are taking extra steps to keep their signs from being taken, including using wire to attach the signs to flagpoles and porches.

Police say stealing campaign signs is considered theft of property. In most cases thieves will face misdemeanor charges, although if the value is more than $1,000 the crime would be considered a state jail felony.

If you have campaign signs stolen from your yard, you are encouraged to file a report with your local authorities.