FOSTORIA, OH — A Toledo man who was arrested after a person reported a robbery Monday evening is also being charged with rape, a first-degree felony.

At approximately 7:25p.m. on Monday, Fostoria 911 received a call reporting someone robbing a residence on N. Poplar Street. One of the victims had escaped from the house to report the crime and went to a neighbor’s house to have them call the police.

Dorian R. Williams, 25, and Dashaun C. Armstrong, 24, had been charged with aggravated burglary, a first-degree felony, according to Fostoria Police Department. 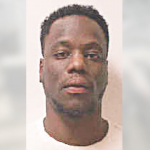 Williams also was charged with rape, first-degree felony. According to Tiffin-Fostoria Municipal Court records, Williams allegedly grabbed a woman by her neck, started to strangle her as he shoved her into the wall and began engaging in sexual conduct. The incident allegedly occurred while the men were searching for narcotics.

The men allegedly tried to take items and still were inside when officers arrived, according to court records.

The incident is still under investigation.