TIFFIN, OH — The Tiffin Police Department announced Monday that authorities including the FBI, United States Secret Service, and United States Marshals Service are looking for a man who allegedly threatened to harm/kill President Donald Trump, law enforcement officers, a district attorney, and others.

TPD indicated that Shawn R. Christy of Pennsylvania could be in the Northwest Ohio area. The FBI is offering a reward of up to $10,000 for information leading to the arrest of Christy. Additional rewards may be available from the United States Secret Service and United States Marshals Service.

Christy allegedly posted the threats on Facebook between June 3 and 12, 2018, saying that he was going to shoot Donald Trump in the head, and was going to use “lethal force” on any law enforcement officer attempting to detain him.

Christy was previously spotted in Mansfield, Ohio, according to reports.

If you have any information concerning this person, contact the Tiffin Police Department or your local FBI office. 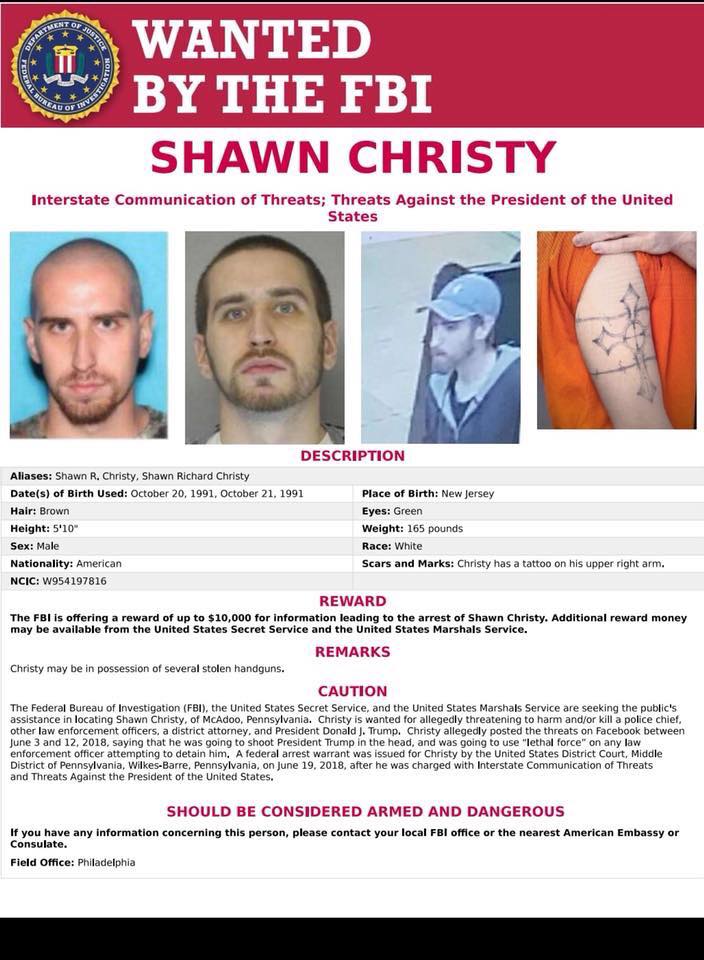