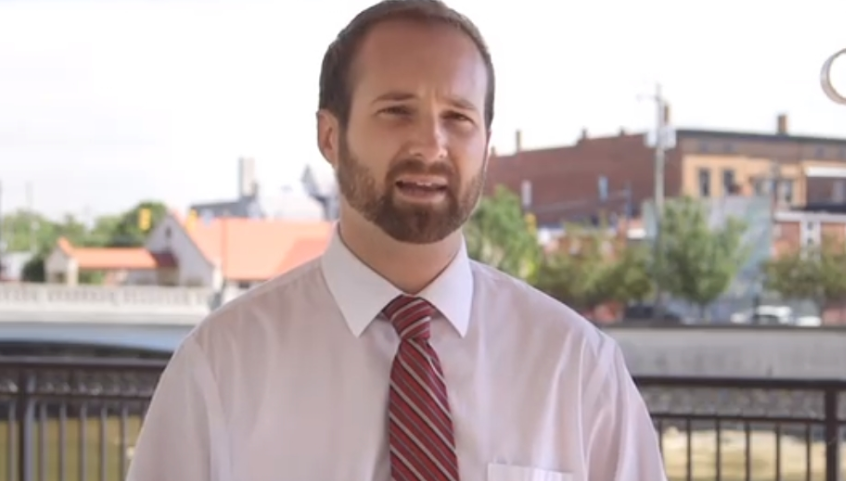 TOLEDO, OH — Aaron Montz, Mayor of the City of Tiffin, received a 2018 “20 Under 40 Leadership Recognition Award” on Monday.

Montz received the award at the 23nd annual 20 Under 40 ceremony. He was selected from a record number of 255 candidates.

During his tenure, the unemployment rate has dropped from 9.9% to 3.9, and Tiffin has ranked in the top 10% of nearly 600 micropolitans nationwide each year by site selection magazine.

He founded and served as president of the Seneca County Young Professionals, an organization that has grown from 3 to 130. He formed a “Student Advisory Council” comprised of students from both Tiffin University and Heidelberg University to provide feedback and lend assistance to make Tiffin more of a college town.

In 2017, Montz received the Seneca Industrial and Economic Development Corporation’s President’s Award. In 2013, he was appointed by Governor Kasich to the Ohio Criminal Sentencing Commission, and serves as president of Northwest Ohio Mayors and Mangers Association.

Montz earned a Bachelor’s degree in History with a minor in Political Science from Heidelberg University.

The 20 Under 40 program focuses on individuals in northwest Ohio and southeast Michigan under the age of 40 who have distinguished themselves in their career and/or in the community.

An independent panel of judges selects the 20 candidates for recognition. It is intended that the program will further motivate young leaders in our area. Since 1996, 460 young, community leaders have been recognized through the 20 Under 40 program.