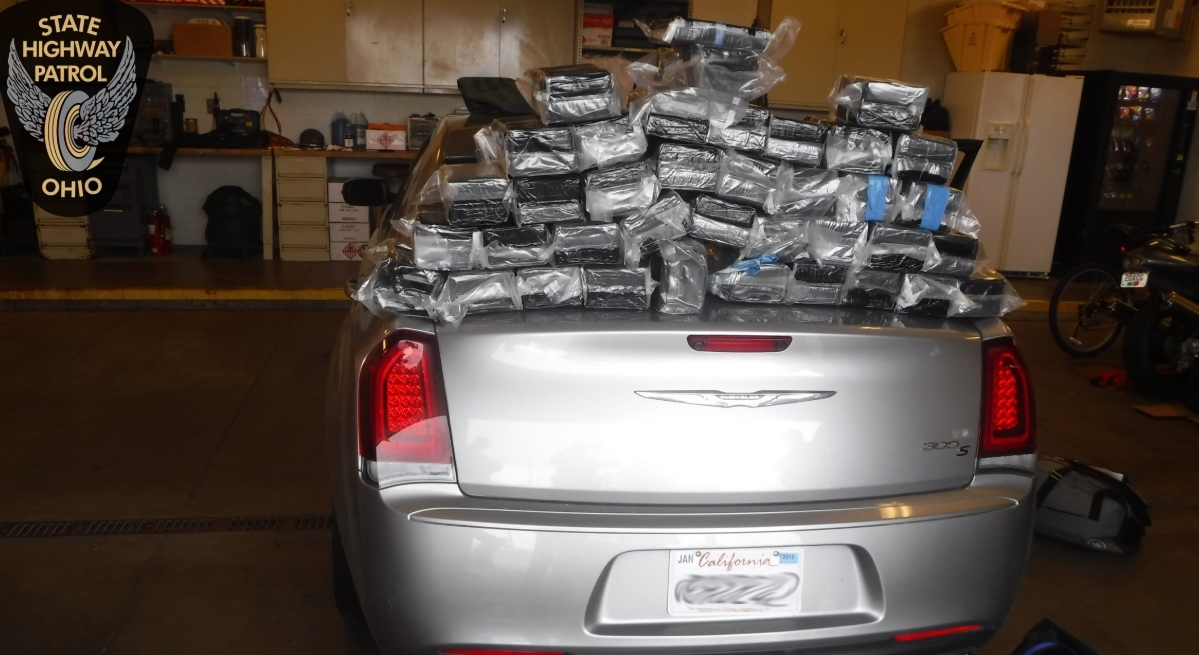 On July 31, 2018 at 11:17 a.m., troopers stopped a rented 2018 Chrysler 300 with California registration for several marked lanes violations on the Ohio Turnpike. Criminal indicators were observed and a Patrol drug-sniffing canine alerted to the vehicle. A probable cause search revealed the contraband.

The suspect, Larbi Benkaddour, 46, was incarcerated in the Wood County Jail and charged with possession and trafficking in cocaine, both first-degree felonies.

Since 2011, state troopers have interdicted more than $421 million in drugs and contraband including over 2,100 pounds of cocaine, worth approximately $80 million.