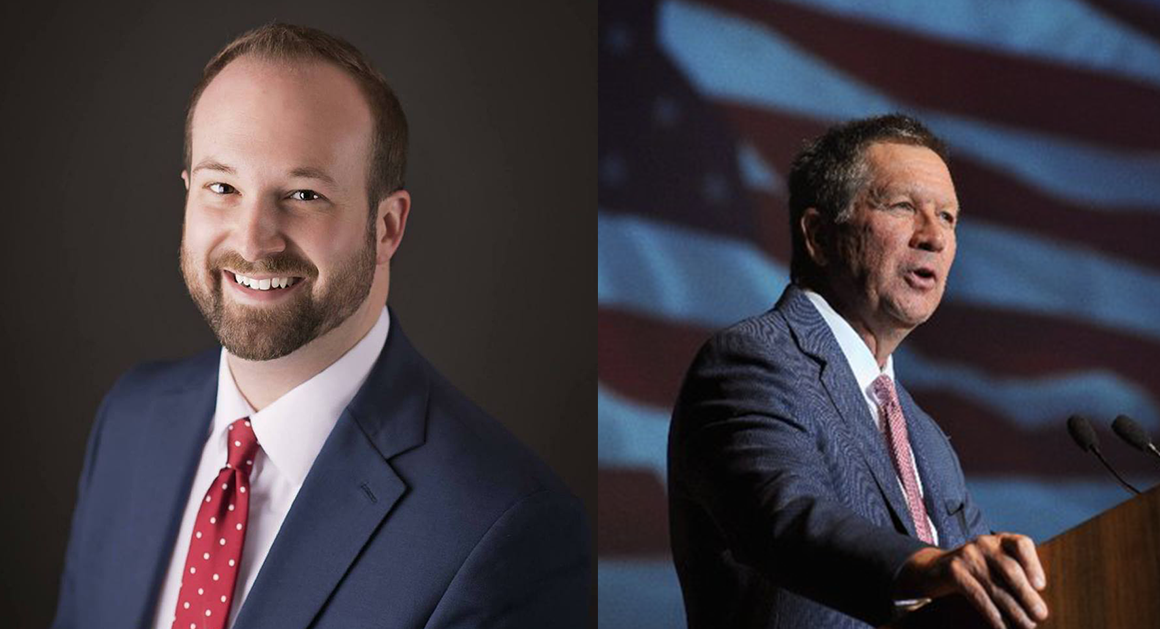 “Cities, villages, counties, and townships across the State of Ohio have seen their budgets devastated by drastic cuts to local government funds due in large part to the policies of the current Kasich Administration. Tiffin, along with hundreds of other political subdivisions have been forced to raise taxes to make up for lost income that the State of Ohio unilaterally cut off to beef up their rainy day fund,” Montz said.

A healthy rainy-day fund is essential for Ohio’s state government to cushion against budget shocks when the economy turns sour. But as the state piggy bank surpasses 8 percent of general-fund spending — nearing the 8.5 percent limit set by law — it’s fair for local governments to cry foul.

“If there is one thing I ask of all of you it is this: research the candidates to find where they stand on returning local government fund money back to local governments. Where would you rather your tax dollars go? Columbus? Or would you prefer the money that has been promised to local governments for decades remain with local governments? I am tired of the cities, villages, counties, and townships footing the bill for our state’s rainy day fund,” Montz stated.

In recent weeks, both the Ohio Mayors Alliance and the County Commissioners Association of Ohio have issued public calls for more help and cooperation from the next General Assembly and the next governor, whomever he may be.

Cordray cites the opioid crisis as an example of how cuts to local government funding can be harmful.

“A growing Ohio public health crisis is ravaging our families and our communities. Over 17,000 Ohioans died of drug overdoses from 2010-2016, many attributable to abuse of prescribed opioids.”

“Local first responders must have the resources and tools they need for prevention, education, and law enforcement efforts stemming from this crisis. Cutting local government funding for first responders has been shortsighted and detrimental,” Cordray states on his website.

Republican Mike DeWine has also expressed interest in working better with local governments, but has not outlined specifics on how he would do so.

Montz was previously an ardent supporter of Kasich, endorsing him in the 2016 presidential race and campaigning for him. Montz now says that’s a decision he “truly regrets.”

“How ironic that this rainy day fund surplus has become one of our Governor’s key talking points as he continues his non-stop run for President. Enough is enough, return the local government funds and stop playing politics with our tax dollars,” Montz added.