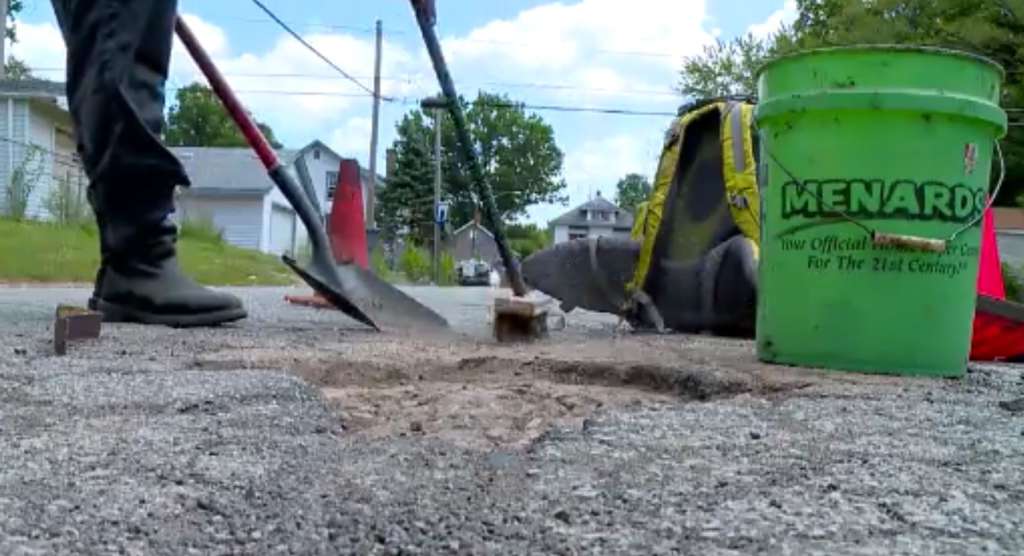 TIFFIN, OH — A ‘Pothole Vigilante’ in Tiffin was sick of the city’s bumpy roads, particularly in alleyways behind Jefferson St., and began filling potholes himself.

He said he is “ultimately tired of inaction” on potholes within the city, and wants to “take matters into his own hands.”

So, he bought his own supplies and began filling the potholes.

“I looked up online a cheap way to fill asphalt, went to Ace Hardware, got what I needed and got to work,” the man said.

He has fixed about 10 potholes so far and says he does not plan on stopping. He wishes for his identity to remain concealed at this time.

The man, who lives on Jefferson St., says he is focusing on that area first, but plans on expanding to other areas of the city that may need potholes filled.

“The city’s taking their good old time to do it, so I might as well help them out,” the man said.

A source familiar with the local public works department said he is not doing anything illegal, but should technically have a permit to work on city-owned property.