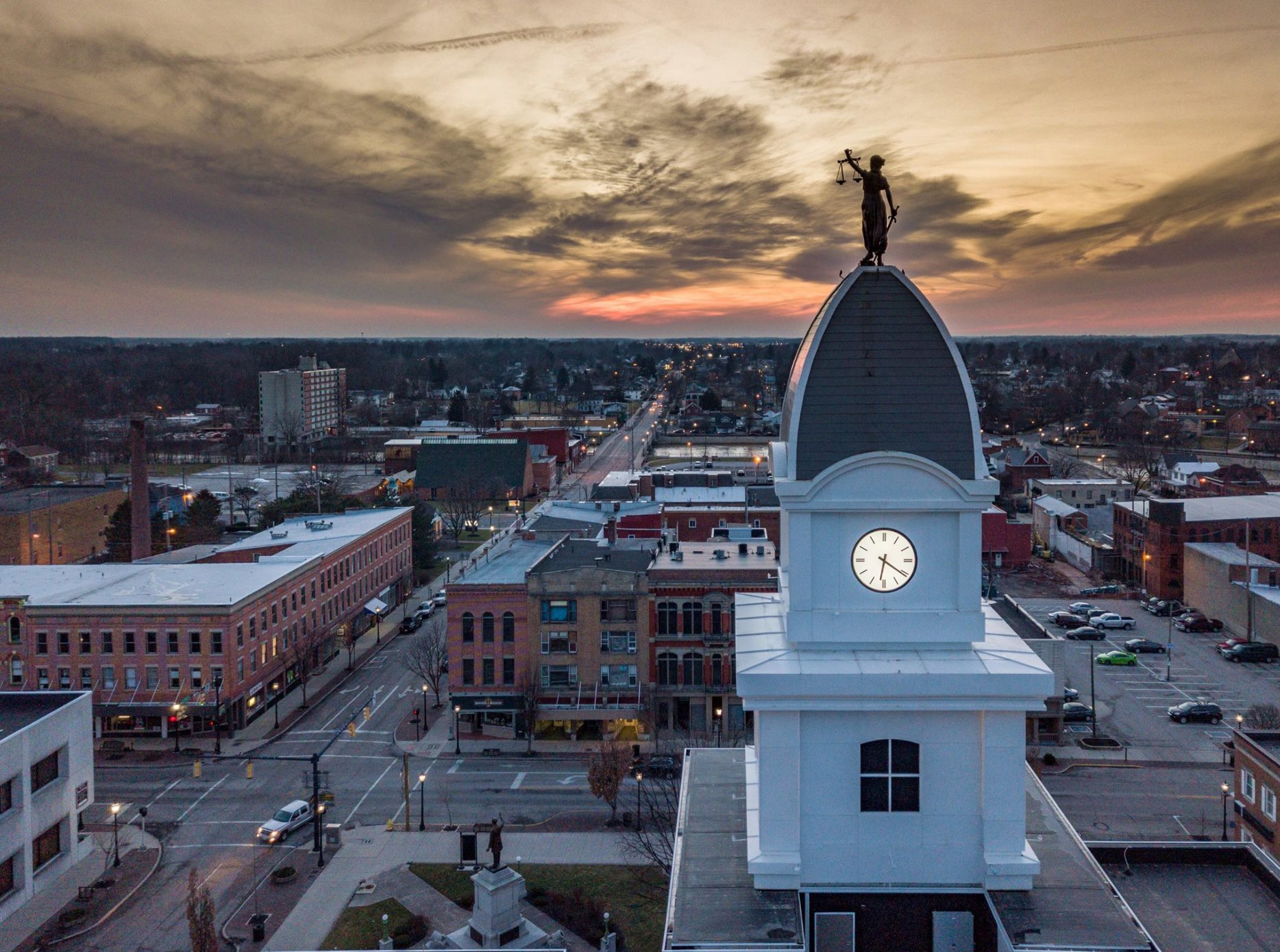 TIFFIN, OH — A source close to city officials revealed to TiffinOhio.net on Friday that the cupola of the Seneca County Joint Justice Center will feature rainbow-colored lighting to celebrate LGBT (lesbian, gay, bisexual, transgender) pride on the weekend of June 23.

“After being lobbied by local citizens, the city plans to have rainbow-colored lighting on the courthouse cupola to celebrate inclusiveness in the community,” the source said.

“Tiffin’s days of sitting in the past are over – we’re a progressive community on the move,” they added.

People are encouraged to take photos of the display and share them on social media, with some on social media calling for citizens to thank the city for the inclusive gesture.

The City of Tiffin and Seneca County governments are overwhelmingly controlled by Republicans, with Mayor Aaron D. Montz and all three county commissioners (Stacy, Thomas, and Kerschner) belonging to the GOP.

View photos of the lit-up cupola below: