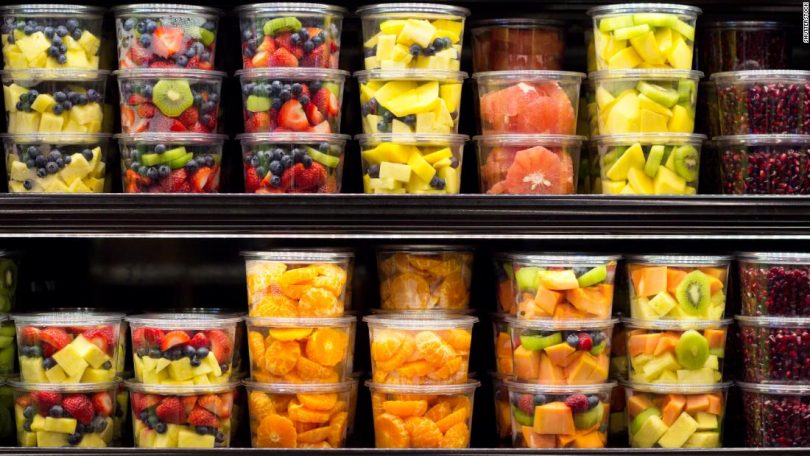 The CDC is warning the public to not to eat pre-cut cantaloupe and watermelon from certain retailers and to throw it away if they don’t know where it’s from because of a new Salmonella outbreak that has already sickened 60 people.

“There is good information from CDC, FDA and industry that the melon came from SpartanNash,” said Bill Marler, a Seattle attorney who has specialized in representing food poisoning victims since 1993.

As of Friday afternoon, federal officials had not named the produce supplier, but they did name retailers that sold the freshcut melon.

Walmart and Kroger pulled pre-cut melon from their shelves Thursday, June 7, according to today’s alert from the Centers for Disease Control and Prevention. Other products, such as fruit salad, that were made with pre-cut melon are also potentially contaminated.

Of the 60 sick people, 31 have been admitted to hospitals. No one has died, as of Friday afternoon. However, the CDC did not have many details in the afternoon alert.

“This investigation is moving rapidly. The U.S. Food and Drug Administration is working to identify a supplier of pre-cut melon to stores where ill people shopped. CDC’s advice to consumers may expand to include other stores where contaminated pre-cut melon was sold,” according to the alert.

Additional details are expected in the coming hours, the CDC reported.

Marler said a hospitalization rate of more than 50 percent is extremely unusual for salmonellosis. The high rate could be a reflection of illnesses not yet being reported to public health authorities, or, since the CDC has not named the serotype of Salmonella bacteria involved, it could be a particularly virulent strain. It could also be an antibiotic resistant strain, Marler said.

Evidence indicates that pre-cut — or “freshcut” — melon is the likely source of the Salmonella bacteria. Sick people have reported they bought pre-cut melon at Walmart or Kroger stores in the Midwest. On June 7 Walmart and Kroger removed pre-cut melon linked to this outbreak from all Walmart, Kroger, Jay C, and Payless stores from the affected states.

The sick people are spread across five states as of this afternoon. Michigan is the hardest hit with 32 of the outbreak cases there. Indiana has 11 cases, Missouri has 10, Illinois has six and Ohio has one.

Public health officials have the following specific advice for consumers. This advice includes fruit salad mixes with melon, but does not include whole melon:

Also, anyone who has recently eaten pre-cut cantaloupe or watermelon and developed symptoms of Salmonella infection should see a health care provider and tell them about the possible exposure to Salmonella bacteria.

Most people infected with Salmonella develop the following signs and symptoms 12-72 hours after being exposed to the bacteria. Symptoms include diarrhea, fever and Abdominal cramps. In some people, the diarrhea may be so severe that the patient needs to be hospitalized.

The illness usually lasts about a week or less in healthy adults, but other groups are at a higher risk of developing serious infections and complications. High-risk people include children younger than 5 years, adults older than 65, and people with weakened immune systems.

According to the company’s website, SpartanNash is a Fortune 400 company whose core businesses include distributing grocery products to independent grocery retailers, national accounts, its corporate owned retail stores and U.S. military commissaries and exchanges. It is based in Michigan.