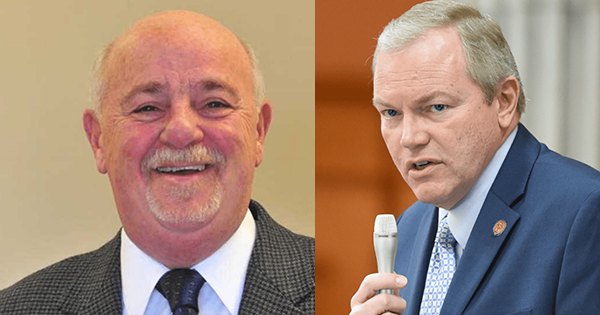 TIFFIN, OH — For local officials not facing re-election in 2018, the choice is easy: bring more economic development to the area by supporting the plan to harvest wind energy in Seneca County.

However, with the group of about 1,000 citizens (according to Seneca Anti-Wind Union’s Facebook page) that have coalesced to oppose wind energy in the area, some local officials are now coming out with anti-wind energy positions — particularly those officials that are also (maybe coincidentally?) running for re-election in 2018.

Seneca County Commissioner Mike Kerschner (R) seemed supportive of the wind energy plan until just weeks ago, when he announced his support of rescinding the AEZ (alternative energy zone), a blow to supporters of wind energy.

Kerschner is running for re-election in November against Democratic challenger Cheryl Radin-Norman.

At the June 5 commissioners meeting, after being presented with a petition with around 1,100 signatures against wind energy in the county, Commissioner Mike Kerschner (R) presented a motion to rescind the AEZ (alternative energy zone) for Seneca County, but Commissioner Holly Stacy (R) did not second the motion, resulting in the motion’s failure. Commissioner Shayne Thomas (R) was not present at the meeting.

Like Kerschner, State Rep. Bill Reineke (R-Tiffin) had previously indicated support for wind energy projects — but on Tuesday, Reineke announced in a Facebook post that he has “come to the conclusion that no changes should be made to Ohio’s current wind turbine setbacks.”

Reineke is also running for re-election in 2018, against Democratic challenger Rachel Crooks. Crooks has built a seemingly formidable opposition to Reineke, recently announcing the hiring of a full-time campaign manager. Crooks has also coalesced a large gathering of supporters, both in Seneca and Sandusky counties as well as around the country.

“I have appreciated the immense outreach and engagement from all of my constituents, both those who are for and those against reductions in the wind turbine setback requirements. This has been a contentious issue that I have personally wrestled with during these past several months, as valid arguments have been presented by both sides,” Reineke said.

Officials not running for re-election this year, like county commissioners Holly Stacy (R) and Shayne Thomas (R), are safe to support the wind energy plan without any potential for political blowback from wind opponents in November.