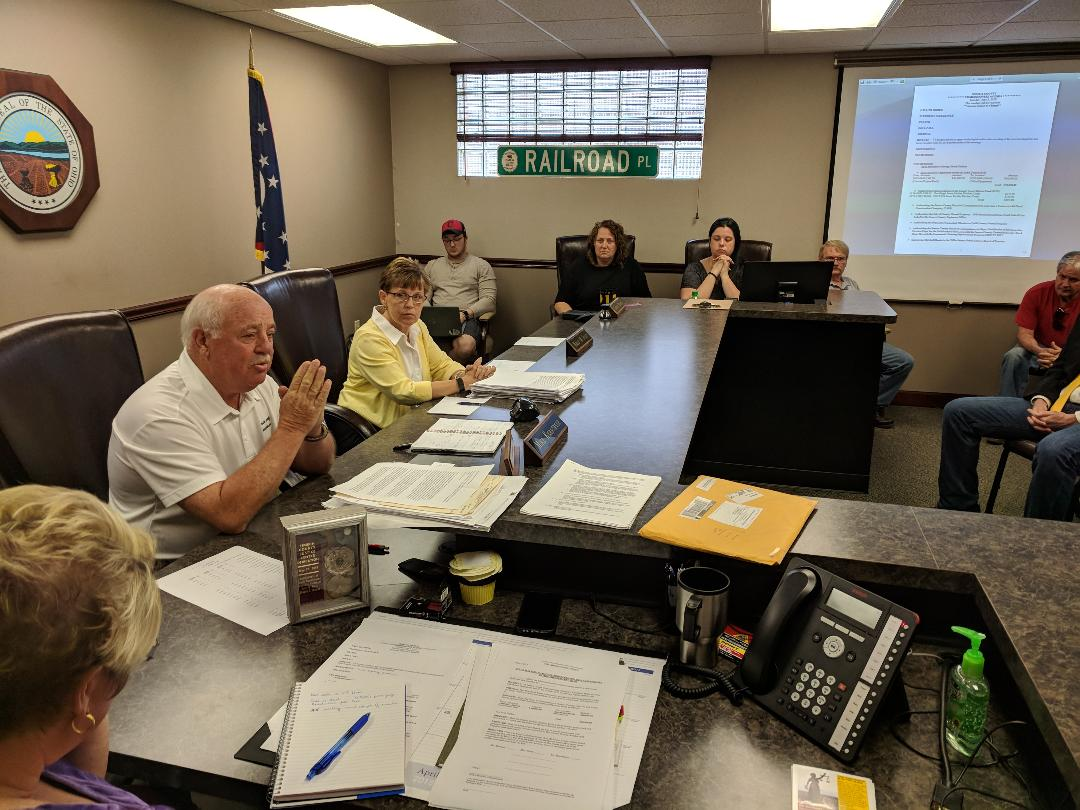 TIFFIN, OH — Tuesday’s meeting of the Seneca County Commissioners proved once again that local officials are divided on the issue of wind energy in Seneca County.

After being presented with a petition with around 1,100 signatures against wind energy in the county, Commissioner Mike Kerschner (R) presented a motion to rescind the AEZ (alternative energy zone) for Seneca County, but Commissioner Holly Stacy (R) did not second the motion, resulting in the motion’s failure. Commissioner Shayne Thomas (R) was not present at the meeting.

Kerschner, who was previously supportive of the wind turbine project, has changed his position with his motion to rescind the AEZ. His main reasoning seems to be due to the divisions that the issue is causing within the county, something that comes naturally with most new developments.

“The whole back and forth on the wind projects has been a bit of a cluster,” Kerschner said. “What this has caused is brother against brother, friend against friend, neighbor against neighbor.”

State Rep. Bill Reineke (R), although not present at the meeting, has expressed his support for the wind turbine project.

Also present at the meeting was Cheryl Radin-Norman, the Democratic candidate for Seneca County Commissioner running against incumbent Mike Kerschner in November. Radin-Norman has said she would like to keep an open mind and hear both sides of the issue.

The Seneca Anti-Wind Union released a statement in regards to the meeting.

“While we are extremely disappointed that Commissioner Holly Stacy would not second Commissioner Mike Kerschner’s motion to rescind the AEZ (Alternative Energy Zone) in Seneca County, we will use this to motivate and strengthen our efforts,” the press release stated.

“Last week we held an Anti-Wind Meeting that had over 550 people in attendance and today we presented the Commissioners with a petition with 1,100 signatures asking them to rescind the AEZ. We are certain that as people continue to become aware of all of these potential wind turbine projects in Seneca County they will join our movement!,” added Chris Aichholz, one of the main organizers of the Anti-Wind Union.