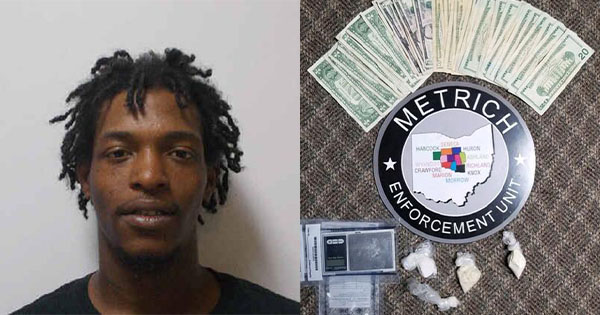 That being the residence of Paul Anthony Courtney, 27 YOA and Tarajee S. Harris, 27 YOA, formerly of Columbus, Ohio.

“The Task Force was receiving complaints of suspected Drug Trafficking going on from the residence, which began the investigation on the suspects residing inside the residence.

According to the Task Force, this is an “ongoing” investigation into the distribution of Crack Cocaine out of Columbus, Ohio.

“The suspects recently moved into our City and we want to send a strong message to those who supplant themselves into our community and try to peddle their poison, that the distribution of any illicit drugs will not be tolerated,” Chief Fred Stevens, Tiffin Police Department said.

​The Tiffin Police would like to encourage citizens to continue to report suspicious activity to their local agencies or the Seneca County Drug Task Force – METRICH Enforcement Unit Crime Hotline at 1-877-446-Drug (Local #443-0463).