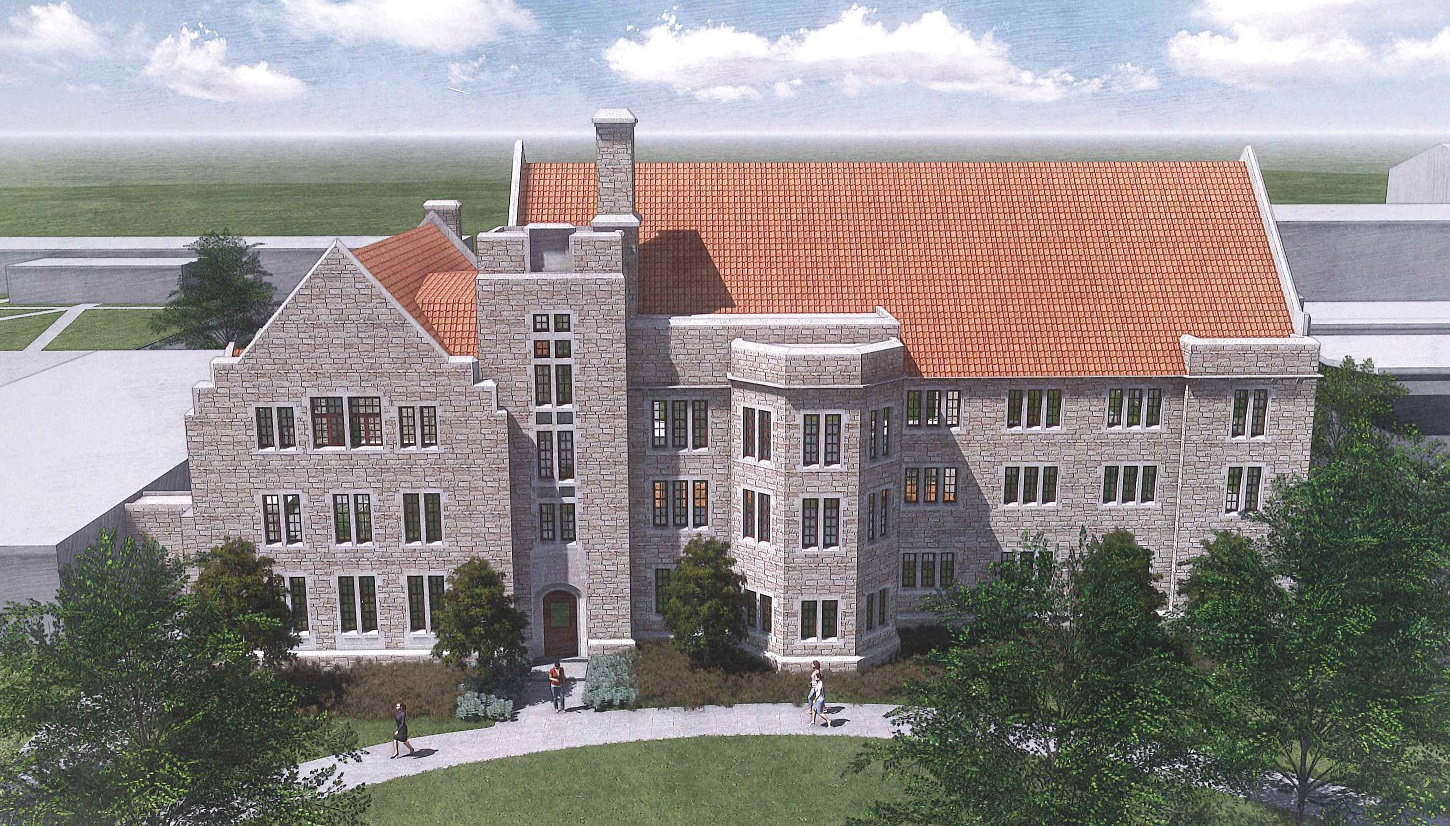 The announcement of historic tax credits for Heidelberg is great news locally. It’s just the second time that building restoration tax credits have come to Tiffin. Heidelberg administrators are appreciative of the important role community leaders played in the application process.

“We are so grateful for the outstanding support of our community partners, which was essential in our university securing these state historic tax credits,” said Heidelberg President Rob Huntington, who noted the backing of Mayor Aaron Montz, County Commissioner Mike Kerschner, State Rep. Bill Reineke and Seneca Industrial and Economic Development Corp. President and CEO David Zak. “Heidelberg University is extremely proud to be part of this collaborative effort with all of us working together to make our universities, our town, our county and ultimately, our entire community better for everyone.”

Additionally, Huntington expressed his thanks to Melissa Furchill, owner/president of MCM Co. Inc. in Cleveland, a construction management firm who lent her expertise to the application process.

Heidelberg was among 31 regional projects that will receive historic tax credits in the most recent round of funding. In all, the Ohio Development Services Agency approved $30.2 million in credits for 13 communities, including about $1.71 million for two northwest Ohio projects, both in Tiffin. In addition to Heidelberg’s France Hall project, Monument Properties is to receive a tax credit of nearly $250,000 to renovate three residential buildings in the Fort Ball-Railroad Area Historic District.

When the restoration/renovation project is complete, France Hall will be integral to engaging women with new, innovative living, learning and leadership opportunities, while supporting Heidelberg’s academic programs. The new France Hall will provide residential space for approximately 70 women students and private apartments for two female faculty members. Other features include office space for The Patricia Adams Lecture Series and other campus women’s leadership initiatives, space for all five of Heidelberg’s women’s Greek organizations, community outreach space, and renovations to the building’s Great Hall to create more space for activities and events. It is a major element in Heidelberg’s Residential Living Plan Vision.

To date, private donors have committed more than $3.1 million toward the project.

“France Hall, in its current configuration and condition, no longer meets the needs of our contemporary women students,” Huntington said. “Yet, we recognize the importance of preserving its heritage. The time has come to bring France Hall into the 21st century and transform it into a compelling, exciting and attractive facility for the campus and the community.”

The project has tremendous potential, Huntington added, because of unique opportunities to bring together the university community with the broader Tiffin community.

“This project will put a new and different face on what residential living can look like at Heidelberg,” he said. “It will integrate academic and co-curricular programs, personal and professional domains, and campus and community circles into a rich and powerful total undergraduate experience for our women students, as well as for male students when special events are hosted in France. We look forward to starting this construction work soon!”

France Hall was constructed in 1925 and is named in recognition of Luella Blackwell France, a benefactor of the university. It was added to the National Register of Historic Places in 1979. It has never undergone a major renovation in its 92-year history.

According to SIEDC, the Tunison Flats housing project received $99,031 in December 2016, designated to rehabilitate and preserve the 1880s-era apartment complex on Frost Parkway.