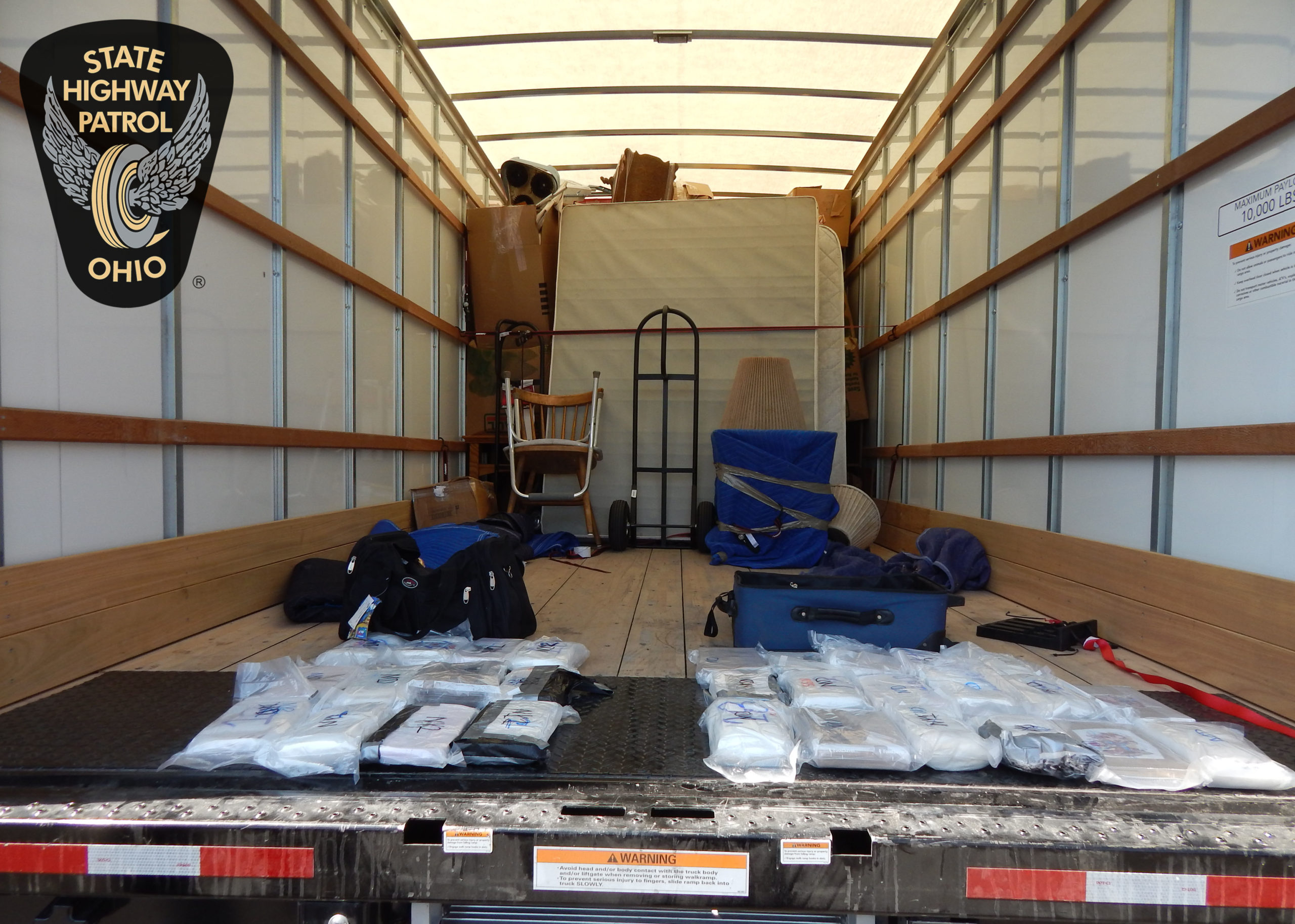 During the traffic stop, troopers seized 110 pounds of heroin and methamphetamine valued at approximately $3,700,000.

On May 9, at 10:30 a.m., troopers stopped a rented 2018 Penske truck with Virginia registration for a following too close violation on Interstate 70 near milepost 173. Criminal indicators were observed and a Patrol drug-sniffing canine alerted to the vehicle.

A probable cause search revealed the contraband.

The driver, Ashley N. Tramonte, 27, of Marion, N.C., was incarcerated and charged with possession of a controlled substance and trafficking in drugs, both first-degree felonies.