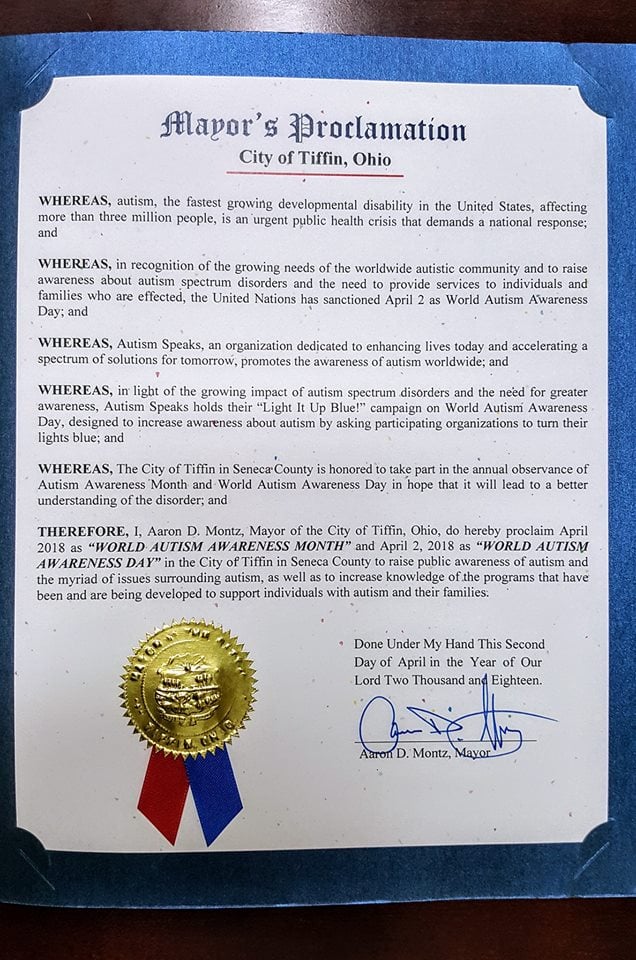 “Tonight, I proudly declared the month of April as Autism Awareness Month in the City of Tiffin. Did you know that autism is the fastest growing developmental disability in the United States?,” Montz questioned in a Facebook post.

“More than three million people are already diagnosed with autism, and many more are living undiagnosed and untreated. I encourage everyone to take a few moments to better understand this developmental disability, and to wear blue to show support of those living with autism, their families, and loves ones,” Montz said.

Nearly a quarter century ago, the Autism Society launched a nationwide effort to promote autism awareness, inclusion and self-determination for all, and assure that each person with ASD is provided the opportunity to achieve the highest possible quality of life. This year we want to go beyond simply promoting autism awareness to encouraging friends and collaborators to become partners in movement toward acceptance and appreciation.