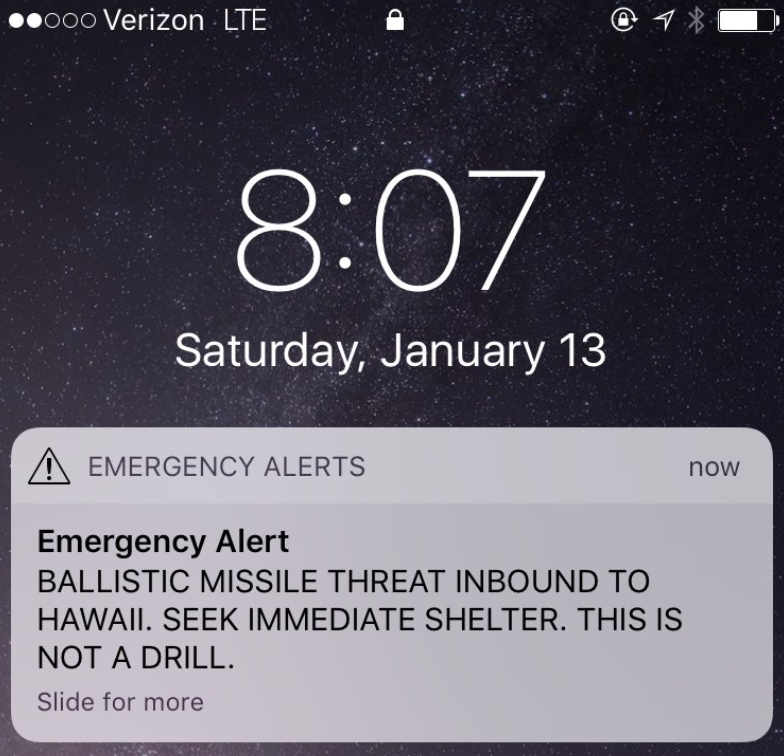 HONOLULU, HAWAII – An emergency alert that was sent to residents of Hawaii on Saturday has been declared a mistake, according to U.S. Rep. Tulsi Gabbard (D-Hawaii).

The alert declared “BALLISTIC MISSLE THREAT INBOUND TO HAWAII. SEEK IMMEDIATE SHELTER. THIS IS NOT A DRILL.”

The alert sent people scrambling for shelters and their cars, and online for additional news.

Cell phones were overloaded while the Hawaii Emergency Management’s website appeared to go down.

The false alert was sent out about 8:05 a.m. and confirmed to be sent in error within about 15 minutes.

About 8:45 a.m., all Hawaii phones got an emergency alert confirming the alert was false.