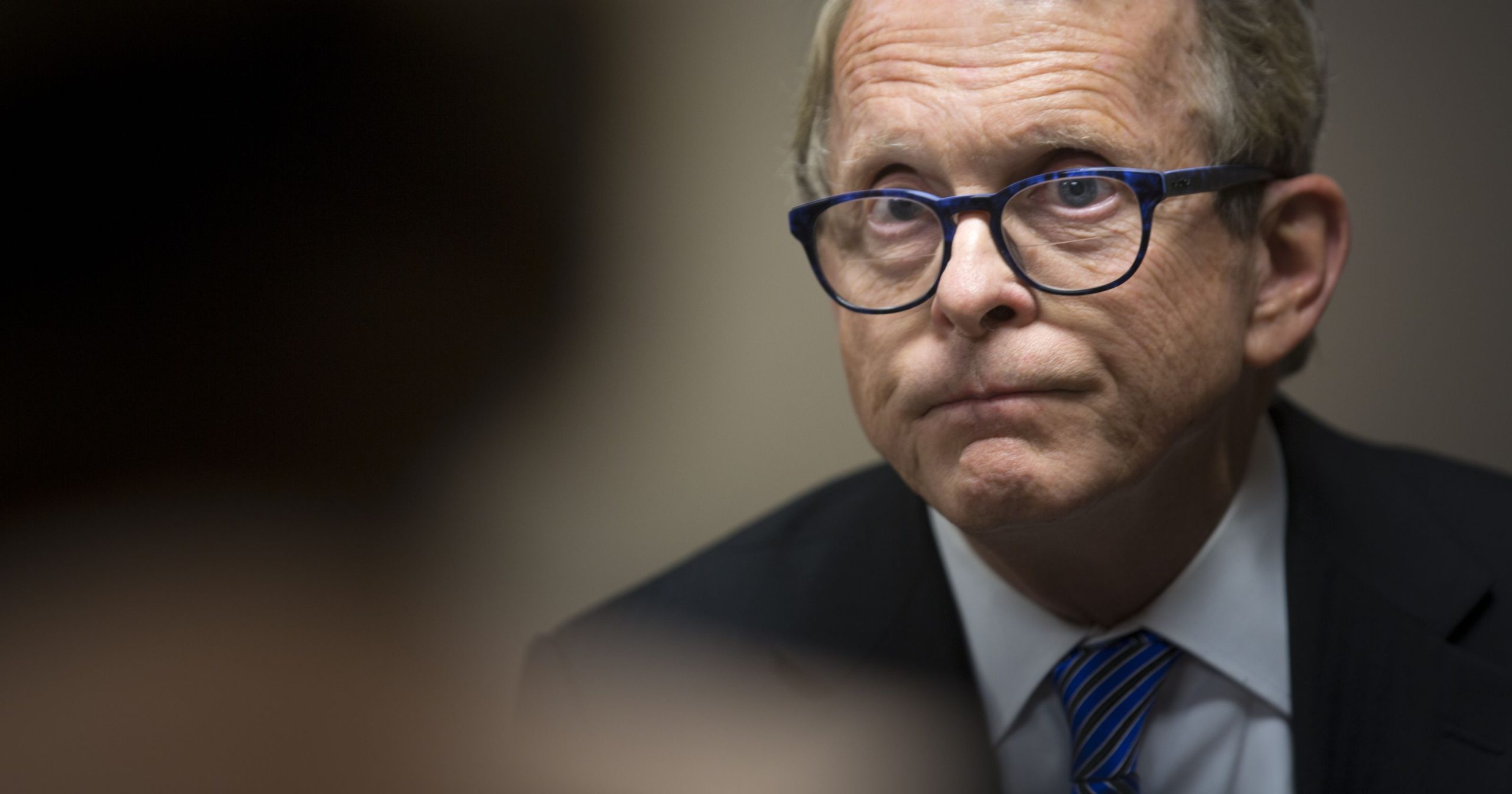 COLUMBUS, OH – Ohio Attorney General Mike DeWine, the leading candidate in the GOP primary for Ohio governor, is under fire for accepting a controversial endorsement Monday. The endrosement comes from Richard Jones, the Sheriff of Butler County, OH, who controversially refuses to allow his deputies to carry the lifesaving overdose antidote Narcan.

“As Attorney General, Mike DeWine has done some great things cracking down on drug cartels and drug dealers that bring fentanyl into Ohio,” said Jones. “Mike understands that Ohio needs a Governor who will be a friend to law enforcement, be tough on violent criminals, and oppose dangerous liberal policies like sanctuary cities. I spoke with Mike several times this weekend and I’m confident that both he and Jon Husted will do all of those things.”

Sheriff Jones made national headlines over the summer when he announced that he refused to equip his deputies with Narcan, the drug that has saved the lives of countless overdosing addicts.

In a release, the Ohio Democratic Party called out DeWine saying:

“Ohio is in the middle of a crisis, and our economic future depends on taking bold and aggressive action to deal with the fact that on average more than 11 Ohioans die from drug overdoses every single day,” said Ohio Democratic Party Chairman David Pepper.

“Mike DeWine has refused to stand up and fight to protect Ohio’s Medicaid expansion, which provides more than 150,000 Ohioans with addiction or mental health disorders with health coverage. And rather than challenging Sheriff Jones’s heartless stance of refusing to save lives by refusing to allow his deputies to carry Narcan to revive overdose victims, DeWine is gleefully touting his endorsement. The extreme agenda of Mike DeWine and Sheriff Jones would hurt Ohio families, put our economic future at risk and throw gasoline on the raging fire that is our state’s opioid crisis.”

DeWine, who is currently the Attorney General for Ohio, and the top dog in law enforcement in the state, has promised that tackling the opioid epidemic will be one of his strongest focuses as Governor.