FOSTORIA, OHIO – In a census snapshot shared by the Cleveland Plain-Dealer, Fostoria ranked as #3 of cities in the state of Ohio for child poverty.

According to the Plain-Dealer, “In seven separate Ohio cities, more than half the children are living in poverty, with rates over 60 percent in East Cleveland and Youngstown, according to new estimates released this month by the Census Bureau.” 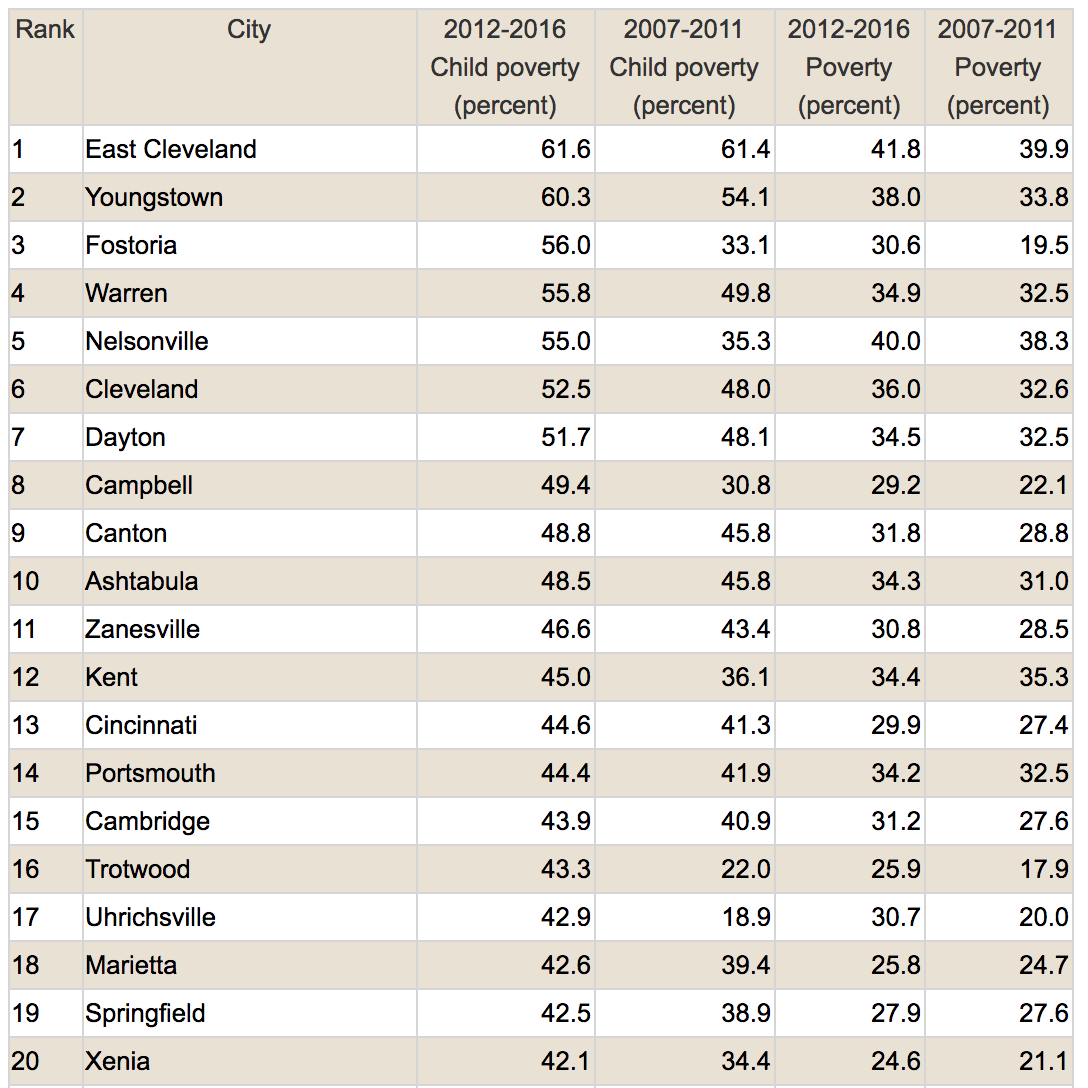 The 20 cities with the highest child poverty rates in Ohio, villages excluded

The newspaper says it excluded villages from the rankings due to a higher margin-of-error with the smaller population sizes.

Jonathon Puffenberger, the Chairman of the Seneca County Democratic Party, who is a resident of Fostoria, commented publicly on the Plain-Dealer’s article:

“This is a very startling article. Over half of the children in Fostoria live in poverty, we are ranked 3rd in the state, not something to be proud of. What can we do as a community to help these families who are clearly struggling?”

See the full list of Ohio cities and their rankings from the Plain-Dealer here.