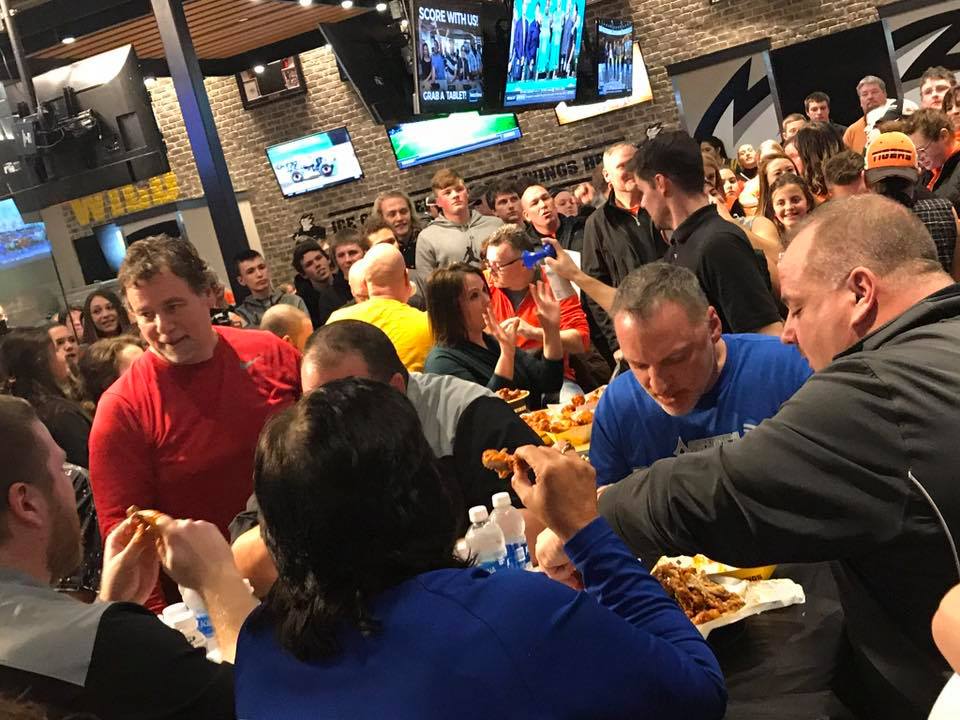 TIFFIN, OH – As part of Buffalo Wild Wings Tiffin’s continual effort to raise money for area programs, it hosted a wing-eating contest as part of a Rivalry Night on Monday between Tiffin Calvert and Seneca East.

The Rivalry Night, the first of which to be hosted at BWW in Tiffin, was part of WTTF’s Monday Night Sports Talk, a weekly sports talk program broadcasted live from BWW every Monday night during its winter season.

Buffalo Wild Wings Tiffin donated a portion of sales during the event to each school.

Folks started piling into the restaurant around 6pm to attend the event. The restaurant was divided in two sections: Seneca East on the left, and the Calvert Senecas on the right. Fans showed up in their gear to watch and support their fellow students!

Mike Mastro, franchise owner of Buffalo Wild Wings Tiffin, gave $200 worth of gift cards to students who participated in the wing eating contest. Mastro continually gives back to the Tiffin community through his restaurant.

You can see some pictures and video from the event below: