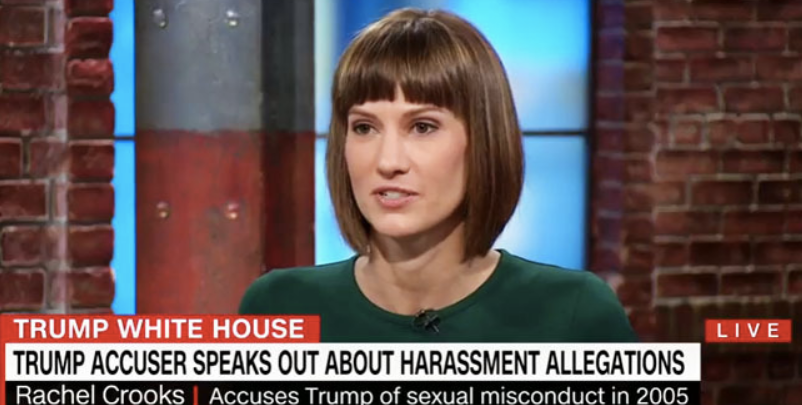 TIFFIN — A local woman is among a larger group of women accusing President Donald J. Trump of sexual misconduct.

Rachel Crooks, currently an employee of Heidelberg University, said that she introduced herself to Trump in 2005 outside an elevator in Trump Tower in Manhattan, where she worked as a receptionist, and that he kissed her on the mouth.

“He held onto my hand, and he kept kissing me,” Crooks said. “I was shocked, devastated,” she said, adding: “I remember hiding in our boss’ office because no one else was there, it was early in the morning, and I called my sister … I felt horrible.”

Rachel Crooks, who accuses Trump of sexual misconduct: “12 years ago, as a young receptionist in Trump Tower, I was forcibly kissed by Mr Trump during our 1st introduction… an encounter that has since impacted my life well beyond the initial occurrence.” pic.twitter.com/cx3ExMRB0M

Crooks said that at the time she thought she would lose her job if she told her company anything about the interaction.

“I wish I had been stronger then,” she said. She said the denials from the White House were “laughable” and “crazy.”

Crooks and two other women held a press conference Monday and demanded that Congress investigate the allegations against the president.

“If they were willing to investigate Sen. Franken, it’s only fair that they do the same for Trump,” said Crooks.