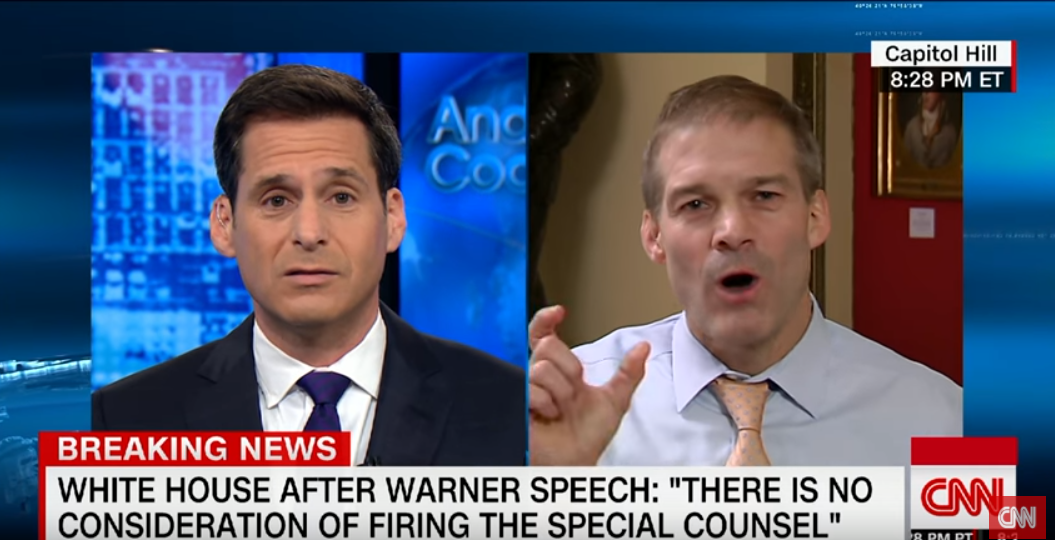 During an interview on CNN, the network’s John Berman pressed Rep. Jim Jordan (R-OH) about Jordan’s comments that the FBI was actively trying to prevent President Donald Trump from winning the 2016 election, a conspiracy that others have said is born of “right-wing kooks.”

Jordan repeatedly interrupted Berman during the interview, often times very loudly. Some have even described his volume of voice as “shouting” during the interview. Jordan recently said that the FBI, one of the most well-respected law enforcement agencies in the United States, “actively tried” to prevent President Donald Trump from winning the 2016 election without any hard evidence.

Jordan’s Democratic opponent, former school teacher and union member Janet Garrett (D-Oberlin), commented on the interview in a post on her campaign Facebook page. “I’ve said it once, I’ll say it again, this man is an embarrassment to our state and even more to the people of our district,” Garrett said.

Garrett has criticized Rep. Jordan for failing to focus on the kitchen table issues that “matter most” to Ohioans, such as jobs, the economy, healthcare, etc., instead focusing on politically-motivated investigations.

Watch the interview with Congressman Jordan below: