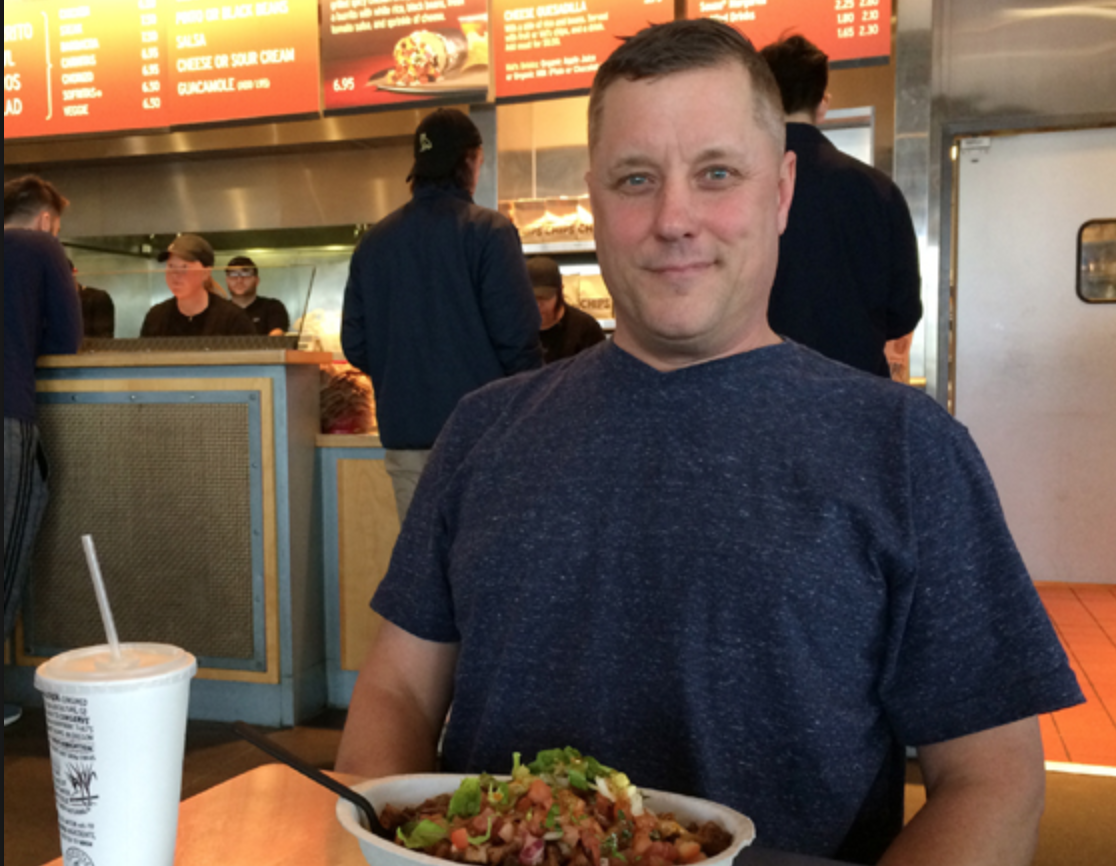 TIFFIN, OH – Tiffin is now home to a newly-minted record breaker. By day Bruce Wayne works at the Tiffin Developmental Center, and occasionally co-plays as the Dark Knight. But for the last 426 days at lunch or dinner, he can be found in a Chipotle.

Wayne, who is now largely seen as a local celebrity, has officially broken the known record of consecutive days eating Chipotle. Even on days when Chipotle was closed, such as certain holidays, Wayne would plan ahead by ordering a second serving the day before and store it at home to eat the next day.

His tortilla wrapped journey started when it was announced that Tiffin would be getting their own restaurant last year. That’s when Wayne began researching their organic menu options.

Wayne says he hopes to build a business relationship with Chipotle. December 30, 2017 was the day he officially broke the record by eating Chipotle 426 days in a row.

See a video from social media of Bruce eating his 426th consecutive meal below, surrounded by fans and cameras: