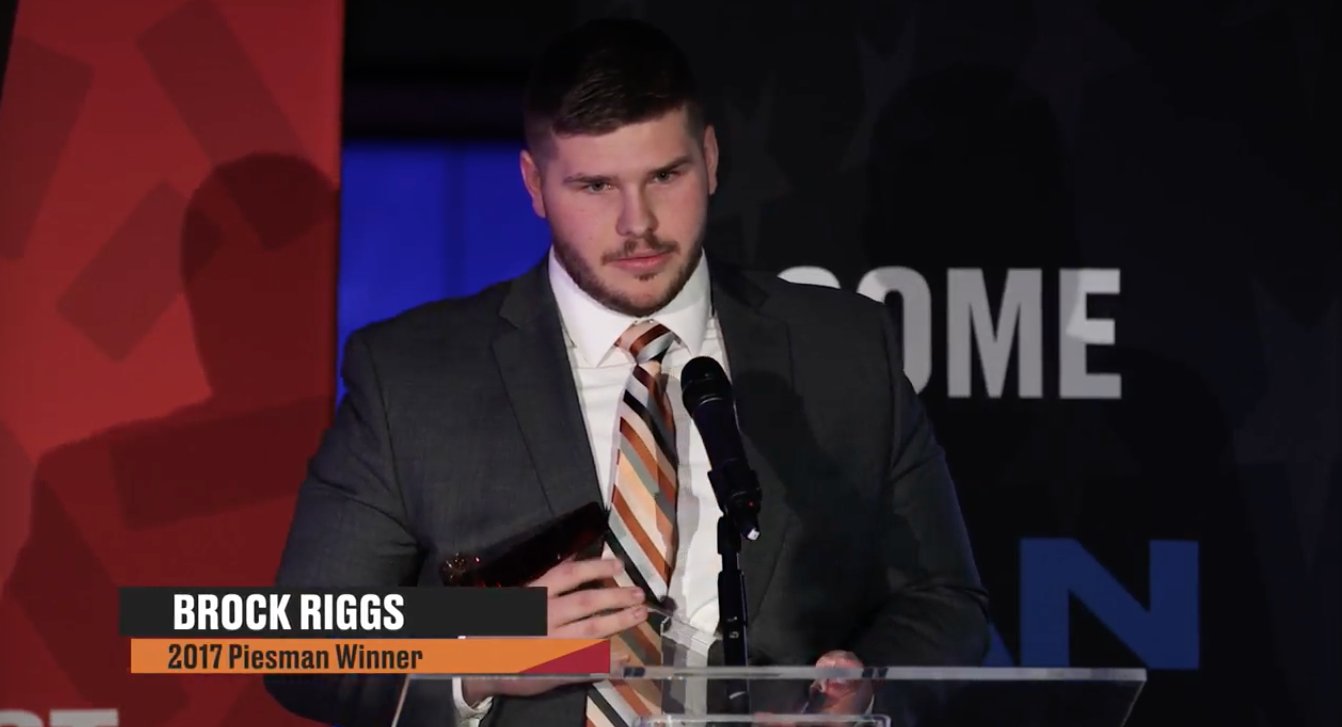 TIFFIN – Heidelberg University football player and Tiffin native Brock Riggs is officially the 2017 Piesman Trophy winner for this hook-and-lateral touchdown against Capital, which included the 290-pound offensive lineman flipping into the end zone:

This is a great moment for Heidelberg football and Brock Riggs, as well as the Tiffin community at-large.

Riggs is a Tiffin Columbian High School graduate and 5th-year student at The ‘Berg.

“I was going for the dive, and then I got nervous, ’cause I thought it would look un-athletic. And I turned it into a front flip out of pure fear of looking un-athletic.”

You can also watch some Heidelberg students, including many football players, celebrating as they watch the news come in that Brock won the trophy:

LOTS GOING ON AT THE ‘BERG: Heidelberg partners with Terra to offer new nursing program

RELATED: Watch one of Heidelberg football’s greatest plays in history